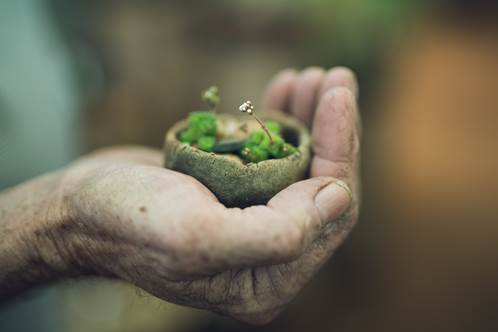 Artists and artisans working with clay have contributed to the world of art and function for millennia, dating back 20 000 years. From prehistoric pottery to ancient Greek and Roman amphorae, the rise of porcelain in Asia and Europe to the Arts and Crafts movement in England and the United States, humankind has been fascinated by the shape, function and texture of clay.

After an absence from the art scene for many years, award-wining artist Ronnie van der Walt is back in the saddle. Says Van der Walt: “I really believed my days of working with clay were over, until my friend Ernst van Jaarsveld approached me to create bespoke vessels for succulents.” 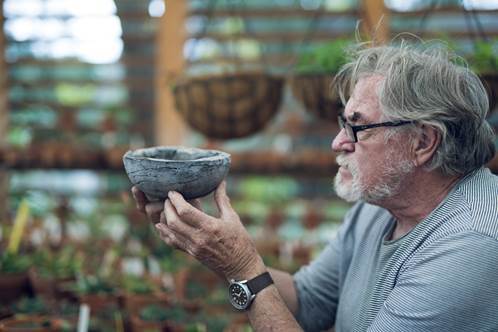 Says Ernst van Jaarsveld, Master Botanist at Babylonstoren: “We are in the process of creating a rockery on the farm and the farm’s owner asked me whether I knew of anyone who could make the perfect containers for succulents. I told him that there was only one person who would get it right – Ronnie van der Walt. I contacted Ronnie and the rest is history. He now supplies us on a monthly basis. I’m absolutely thrilled that he’s gone back to his roots. He has always inspired me with his designs and is one of the most creative people I know.”

Born in 1951 in Cape Town, Van der Walt completed his schooling at the Johannesburg School of Art, Ballet, Drama and Music. He then studied Fine Art and Sculpture at the Johannesburg College of Art for three years, followed by two years of ceramics at the same institute. In 1976, he won first prize at the Brickor National Ceramic Exhibition, as well as first prize at the Oude Libertas National Ceramics Exhibition in 1977. He started Things Ceramics Studio and Art Gallery in Melville, Johannesburg in 1979. During his active years, he exhibited around the world, including the Everard Read Gallery in Johannesburg, the Beuster-Skolimovski Gallery in Pretoria, the State Theatre in Bloemfontein, the South African Association of Arts in Pretoria, as well as Namibia, Paris, Toronto and Switzerland. 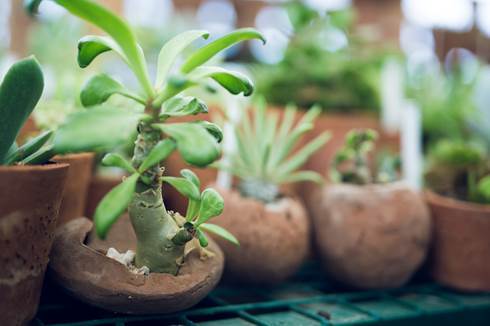 Van der Walt confirms that he enjoys working with clay again. “I never thought that I’d come back to it at my age. As a medium, clay has one of the richest histories in the world and is becoming more popular again. Although I’ve still been keeping myself busy with art over the last ten or so years, I thoroughly enjoy working with clay again. All I now need is a bigger kiln. There definitely is life after 60.”