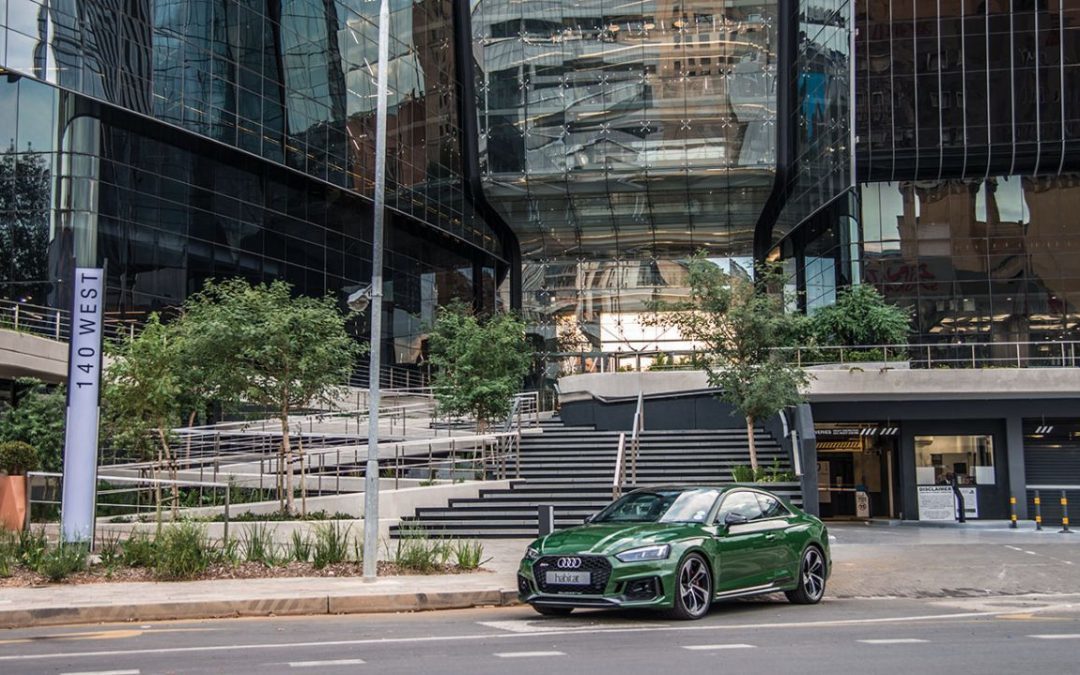 Just a few decades ago Audi was viewed as a staid manufacturer in both design and performance. In South Africa it was categorised, with certain other German peers, as being ‘a safe choice and good value for money’. The sort of solidly engineered car well-to-do farmers bought for their wives. However, things have changed and a most striking example is the 2018 RS5 Quattro, a coupé that has reset the bar.

Back then – when Audi’s were boring – one had to consider Italian mid-engine exotica, at multimillion rand price tags, to experience a 0-100km/h time of under four seconds. In 2018, such performance figures are de rigueur from Germany, but not anymore in fractious, complicated and very costly supercars. Rather, the premium sports saloon / sports car segment is now posting those numbers.

The 2018 Audi RS5 is sitting on top of the pile; it’s a svelte coupé, finely detailed inside and out and its performance is quite literally mind blowing.

For the RS5, Audi has employed an all-new engine, plus its own brand of vorsprung durch technik. And this is applied with a stylish elegance, yet offered at a price that undercuts some of its rivals. It’s a particular shot across the bows of BMW and Mercedes-Benz and is far from an empty threat.

The RS5 deploys its stunning performance in two distinctly different ways, both of which can cause serious questions on public roads. On acceleration from rest the 2.9-litre biturbo V6 transmits 331kW and 602Nm to all four wheels via a silky smooth and very rapid 8-speed A/T. Barely diminished by the RS-tuned traction control, it launches the coupé to 100km/h in 3.8 seconds and on to a governed maximum speed of 250km/h. It’s quite literally electrifying.

The second factor is the lack of fuss in overtaking, the torque builds so deceptively and without drama so that the legal limit is exceeded in seconds. Yet this is an everyday sports coupé that will happily dawdle around the suburbs; while offering supercar performance on tap for those occasions when it’s needed; like when flowing country roads beckon.

So other than the magic bi-turbo V6, the suspension has new significance; the Dynamic Ride Control features three different settings: Comfort, Auto and Dynamic, the standard soft / medium / hard options. The system also uses a preloaded set-up that sends pressurised air to the outside wheels to keep the car stable on bends.