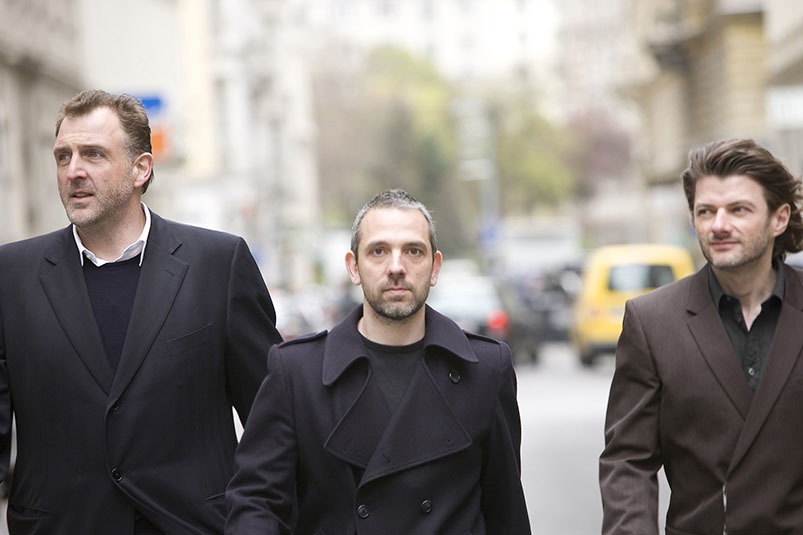 EOOS operates in the fields of furniture and product design as well as shop design for clients such as Giorgio Armani, Adidas, Alessi, Bite Beauty, the Bill & Melinda Gates Foundation, bulthaup,

For EOOS, design is a poetical discipline between archaic and high-tech and a cultural service for society. EOOS believes in the power of “authentic objects” and examines rituals, myths and intuitive images within the scope of the Poetical Analysis®.

The books “The Death of Fashion” and “The Cooked Kitchen. A Poetical Analysis” have been published by Springer Wien/New York. In 2015 Austrian Museum of Applied Arts / Contemporary Art celebrated the work of EOOS with the first major solo exhibition. In this context the monograph “by: EOOS” (Birkhäuser/Basel) was released.

To date, EOOS has over 15 technical patents and received more than 130 international awards, including the 2004 renowned Italian Compasso d’Oro for Kube, produced by MatteoGrassi. In 2007, the EOOS founders were nominated of the Austrian Broadcasting Corporation (ORF) and the readers of the daily newspaper “Die Presse” to “Austrians of the Year” in the Creative Industries. In 2010, EOOS received for b2 the mobile workshop kitchen, produced by bulthaup the Design Award of the Federal Republic of Germany in gold. In 2012 the shower OpenSpace, made by Duravit, won the “Best of the Best” red dot Award, the German Design Award and the IF Award in gold. For the redesign of a toilet EOOS received a “Special Recognition for Outstanding Design” from the Bill & Melinda Gates Foundation. Jaan bed, a bed series, produced by Walter Knoll was honored best bed 2015 by Wallpaper*. EOOS also won the best of Neocon Gold award for Juxta and Cahoots, produced by Keilhauer.