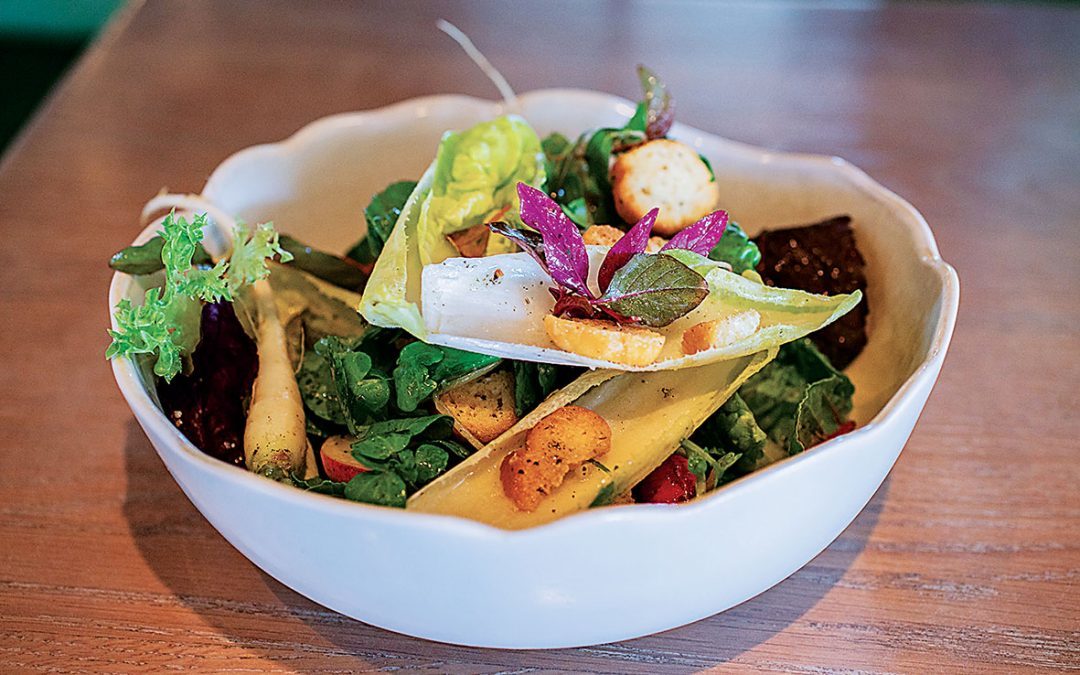 Currently Executive Chef for The Kove Collection’s array of distinguished hotels, restaurants and bars, Amber-May Deetlefs is an ambitious and talented 29-year-old chef who worked and lived in Beijing, China for seven years before relocating to Cape Town in December 2013.

Leaving Johannesburg for Beijing in 2007, Amber-May received a Diploma in Chinese Mandarin at Beijing Language and Culture University. She became involved in the import and distribution of South African wines into China after meeting her Chinese business partner.

‘In 2008 we opened the first South African restaurant and wine bar, Pinotage, in the suburbs of Beijing. At the age of 19, not having any previous professional culinary experience, only a genuine appreciation for food and wine and much drive and determination, I taught myself all I needed to know about running a professional kitchen,’ says Amber-May. In 2011, on a quest to gain more knowledge and experience, she gained a Cordon Bleu Diploma in Professional Culinary Arts over six months at Tante Marie with Director Gordon Ramsay in Woking, Surrey, UK.

Pinotage has become a well-known brand in China and other parts of the world. The success of the first venue allowed Pinotage to expand to a second location in the city centre of Sunlitun SOHO, Beijing. Today the company imports and distributes the largest variety of South African wine into China.

Says the chef: ‘Pinotage offered me a great platform to grow and develop my career, but I was seeking new opportunities and experiences to develop my skills and talents and decided to relocate back to SA.’

Amber-May accepted employment with the Kove Collection as the Head Chef at Paranga in Camps Bay. Since then she’s opened Blanko at the Alphen Hotel, Lily’s Restaurant in Moullie Point, followed by Firefish at the V&A Waterfront and Bilboa & Chinchilla in Camps Bay. She is involved with menu development for various restaurants in the Kove Collection; one being Bobo’s Brasserie, a new venue that enjoys uninterrupted views of the Atlantic in a vibrant setting with a whimsical yet elegant take on traditional brasserie décor. Exotic allure meets old world sophistication with a menu featuring French bistro classics. Definitive dishes include: Escargot, Steak Frites and Bouillabaisse.