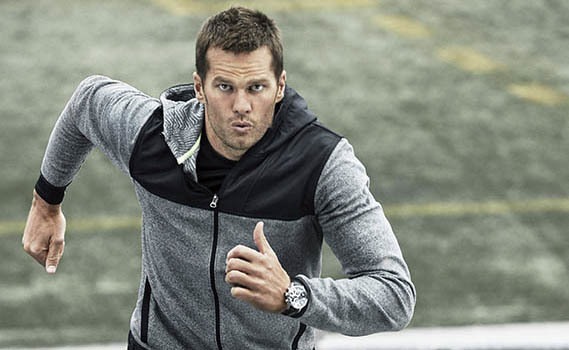 Despite the recession, is 2016 the time to start building a respectable watch collection? This may appear to be a haze filled zone, but it’s said that quite a lot about a man can be determined by what is on his wrist. And yet it can be tough to work out what makes the most individual sense; there are four different categories of watches to choose from: dress watch, sports watch, everyday watch and complication. Lastly, there is the decision as to whether to collect vintage or new watches.

TAG Heuer recently unveiled the first fruits of a collaboration with brand sports ambassadors Tom Brady, Jeremy Lin and Giancarlo Stanton – that is as exclusive as it is groundbreaking.

As TAG Heuer Brand Ambassadors and each in his own way, these three stars of the world of sports in the US became involved in the adventure that is the ‘TAG Heuer Connected’ watch. They designed a watch face, which is not only personalised and exclusive, but also contains cues to their individual sports universe. These very original watch faces became available as of January 20th through the TAG Heuer app on the Google Play Store. Watch this space for new ambassador-designed watch faces in the coming months.

The ‘TAG Heuer Connected’ watch – engineered with Intel Inside and powered by Android Wear™ – was unveiled on November 9th, 2015 by Jean-Claude Biver, CEO of TAG Heuer and President of the LVMH Group’s Watches Division; accompanied by Brian Krzanich, CEO of Intel Corporation, and David Singleton, VP of Engineering for Android at Google.