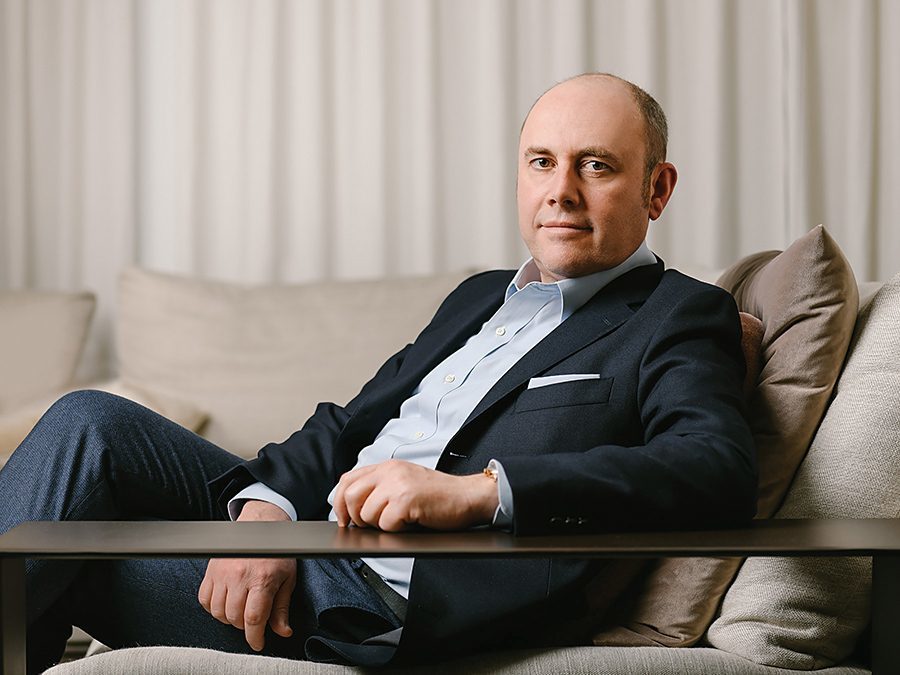 Together with his cousins Matteo, Saul and Luca, Giuliano Galimberti – now 48 years old – is part of the third generation of the Galimberti family who founded the company Flexform at the beginning of the last century. Today, Flexform remains a family business.

Giuliano Galimberti pursued an education in finance and economics, which proved fundamental given his current role as General Export Manager. He started working for the company in his early twenties, alongside his father Gianni and uncle Pietro, covering various tasks that allowed him to obtain a general overview of the Flexform operation. He then opted to undertake managing sales and played a major role in the construction of the current sales network, including 32 flagship stores – one of which is in partnership with Il Lusso in Johannesburg – as well as many store in stores and multibrand outlets globally.

Says Galimberti: ‘Flexform is a family company, now in its third generation, and was founded in the Brianza furniture manufacturing district in Northern Italy. The unique global phenomenon of Italian furniture design was born right here in the 1960s. It’s a region where the history of many small artisanal workshops that have fashioned wood, metal and upholstery since the early 1900s intersects with that of the great masters of Italian design; who were trained at the Politecnico, the University of Architecture & Design in nearby Milan. Flexform’s roots are embedded in this historical setting.’

In 1959, the Galimberti brothers opened their original workshop, called Flexform di Galimberti. It was soon followed by their first showroom where the sofas and armchairs on display found their way, in the postwar era, into elegant buildings in Milan; villas overlooking Lake Como, and even the foyer of the Teatro alla Scala.

Subsequently, their children transformed the workshop into an industrial facility and, in 1967, incorporated it as Flexform S.p.A. The family’s ongoing perceptive insights led to the decision to partner with some of the leading designers of the time: Joe Colombo, Asnago-Vender, Cini Boeri, Rodolfo Bonetto and many others. During the same period, the company’s vision of corporate growth also included investing in a talented young architect-designer named Antonio Citterio, in a partnership that has continued, without interruption, for more than 40 years.

The 1970s brought a major shift in the company’s conception of its product line and eschewing any repetition of past styles, production was moved increasingly towards original, contemporary designs. The 1970s also marked the moment in which the family understood the importance of opening up new markets, beyond Italy’s borders. They ventured first into the German-speaking European countries where there was a significant affinity for their understated, stylish and always comfortable sofas. Overseas growth became a sustained, unstoppable movement that brought Flexform visibility to the most exclusive furniture stores in America, Asia and Australia. And, at the turn of the new millennium, the company launched itself on a global path, opening a series of Flexform flagship stores around the world.