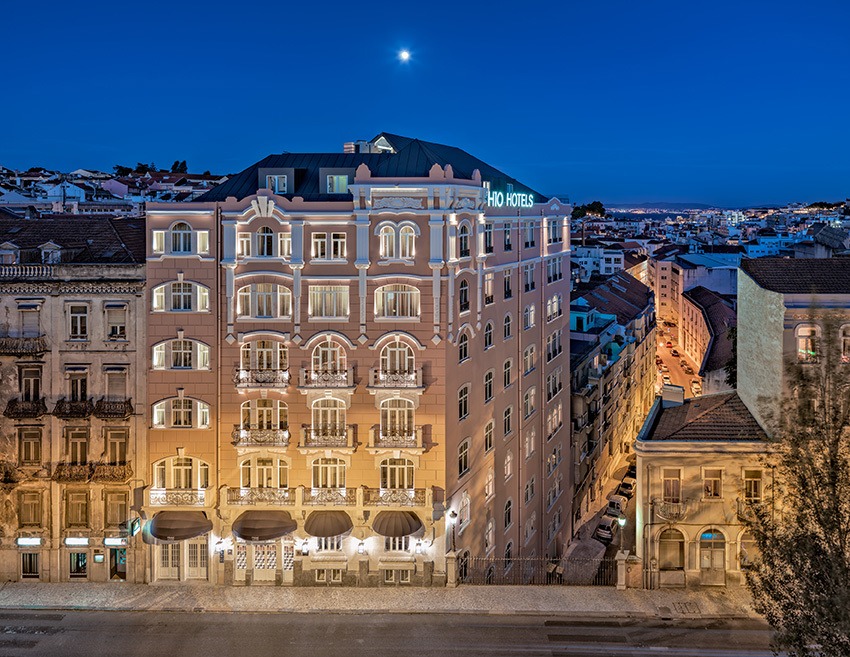 The H10 Duque de Loulé, a 4-star superior hotel with 89 rooms, has just opened in the Portuguese capital – a few metres from Praça do Marquês de Pombal in the city centre. It’s located in a historical building dating from the 18th Century and its façade has been preserved and shows all the beauty of the typical architecture of the period; the rooms are flooded with Lisbon’s light. The hotel also pays tribute to Portuguese ceramic craftsmanship by featuring numerous stunning period portraits made up of traditional hand-painted blue and white tiles. These depictions stand in contrast to the rest of the furnishings, which adds warmth and a contemporary feel to the different spaces. The hotel’s décor was designed by Lázaro Rosa-Violán from the celebrated Contemporain studio.

Its Azul e Branco Restaurant is open for breakfast and evening meals and serves an exquisite range of dishes; a mélange of the best in Portuguese and Spanish cuisine. The room is dominated by a large fireplace and picture windows that create a distinguished atmosphere where numerous ceramics – Portuguese plates and tiles – are combined with very contemporary touches. The hotel’s Limão Chill-Out Terrace is located on the 10th floor and divided into both covered and open-air areas, offering expansive views across Lisbon and the Tagus.