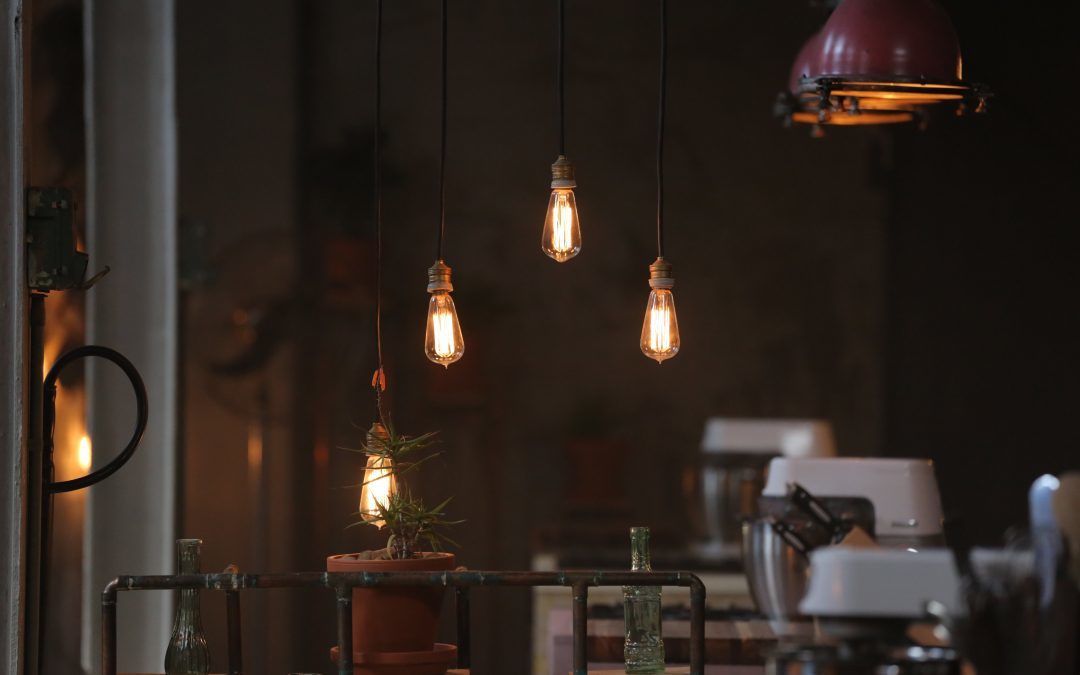 Carbon filament bulbs have experienced a resurgence and are a modern-day interior design staple.

If they sound unfamiliar, it may be because you know these retro-cool bulbs by a different name – Edison bulbs. Carbon filament bulbs are often referred to as Edison bulbs because Thomas Edison is said to have invented them. Factually, though, carbon filament bulbs were originally developed by Sir Joseph Wilson Swan. Edison used Swan’s research, along with the work of other scientists, to develop the breakthrough invention he patented in 1879 as the prototype of the carbon filament bulb.

His original prototype used a bamboo filament but was eventually replaced with the tungsten filament that we still use today. In the 1980s, New Yorker Bob Rozensweig was so fascinated by these antique bulbs that he started selling reproductions of them. And so began the new wave of interest in carbon filament bulbs.  Carbon filament bulbs have become popular in interior design because they’re both functional and decorative.

Unlike other bulbs, the carbon filament bulb looks like a work of art when illuminated and does away with the need for a lampshade. The uniquely shaped filament creates a mesmerising glow and the bulb shape is reminiscent of Edison’s original hand-blown designs. This adds a nostalgic feel to vintage-inspired spaces and rustic industrial interiors. The soft illumination created by the exposed filament adds warmth to a space and creates a welcoming ambience.

Dining establishments are particularly fond of the carbon filament bulb because the soft amber hue mimics the glow of candlelight, bathing both the diner and their meal in a flattering wash of light.

Carbon filament bulbs make a stronger visual statement when compared to regular light bulbs because their filament is visible and loose.

These filaments come in a variety of styles and can be identified as follows:

Love the look of vintage carbon filament bulbs but want the benefits of modern LED technology? There’s no need to choose – you can have both form and function when adopting this trend. Advancements in LED technology and clever design means that there are now energy-efficient LED bulbs on the market that have an old-school aesthetic.

Eurolux Lighting stocks regular carbon filament bulbs and LED filament bulbs in a range of shapes, sizes, and colours. View them here or visit their showrooms to learn more.