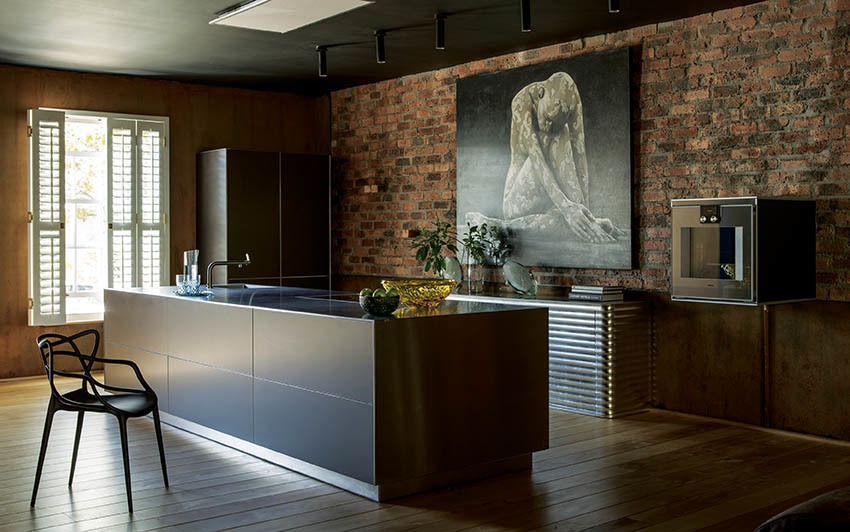 When German property developer Harald Lochotzke walked into the Bree Street, Cape Town offices of Jenny Mills Architecture, he brought with him what Mills describes as a ‘force of creative energy’. It was the start of a unique collaboration that saw the complete remodelling of a townhouse, set in a historical piece of Cape real estate.

The colours chosen for the middle floor bedrooms and bathrooms are bold and rich and speak to an African palette.

Lochotzke had purchased a townhouse unit in the New Court development at the Alphen Hotel, originally part of the Groot Constantia estate, and the first place where wine was made in South Africa. Intriguingly, the unit also has a role in modern South African history, as he acquired it from the estate of the late Colin Eglin.

Established as a free burgher farm in the late 17th Century, Alphen was originally part of the estate of Governor Simon van der Stel. It changed hands several times until the main homestead was built in 1753 by Abraham Leever, known locally as the ‘Monsieur from Amsterdam’.

A century later, the Alphen estate was bought by the Cloete family, owners for the past 150 years. According to the official history of Alphen, it was ‘passed down to a succession of Hendrik Cloetes – the first considered himself a Renaissance man who employed a fiddler to wake him up every morning; the second established the Constantia wines that found their ways into the cellars of kings of France and England; and the third adopted the British way of life, changing his name to Henry.’