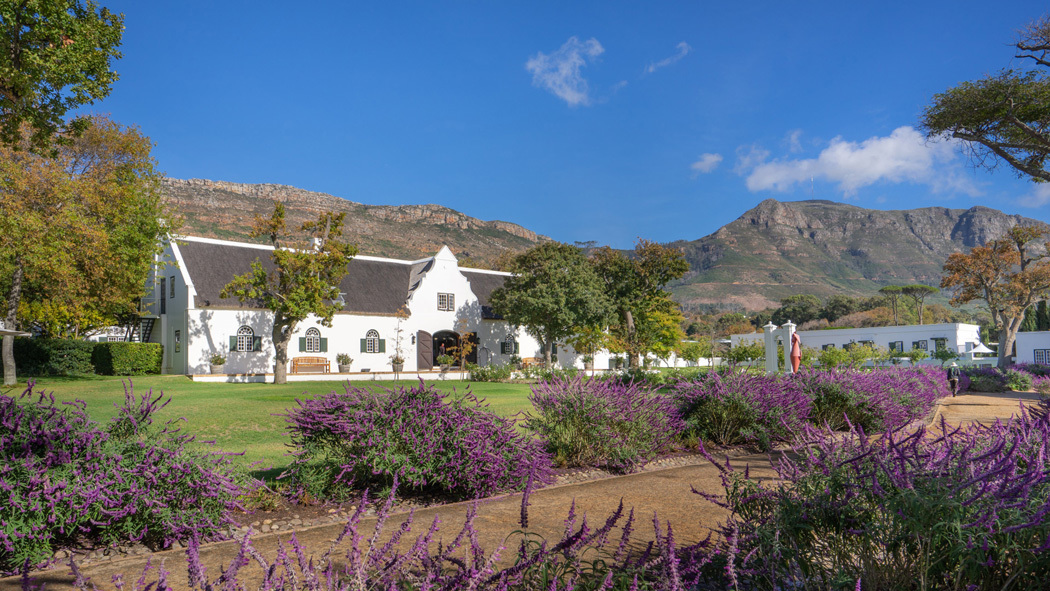 History and a profound sense of place are omnipresent at the luxury Steenberg Hotel & Spa in the Constantia Valley. Situated on the original territory of the country’s very first registered farm, Steenberg is a proud custodian of the history of the region dating back to the late 17th century.

Offering all the modern-day comforts visitors would expect from a 24-room, 5-star establishment, every facet of the guest experience unfolds the rich narrative that has its beginnings in 1682. The story of Steenberg’s feisty founder, Catharina Ras, who overcame untold adversity and survived five husbands, is the stuff of legends. It was Governor Simon van der Stel who granted Catharina the piece of land below the Stone Mountain. Originally called Swaaneweide (feeding place of swans), after the large population of spur-winged geese Catharina could have mistaken for swans, the name of the farm was altered through the years to Swaanswyk and later to Steenberg. 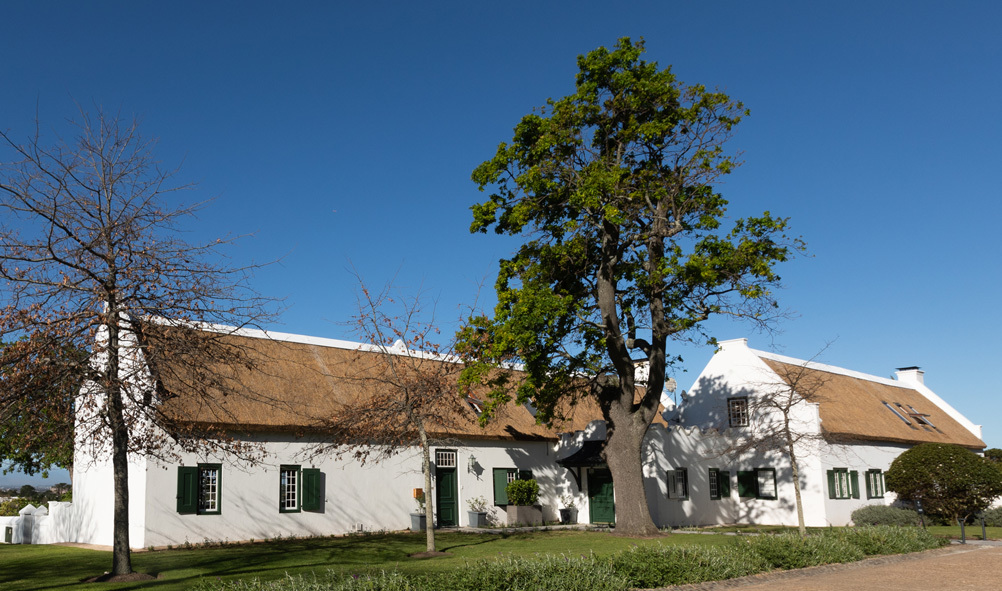 ‘Steenberg has always been a bastion of hospitality from its earliest days, with memorable hosting provided first by Catharina Ras, and later, after 1741, as a halfway stopover for passengers and crew on the essential route from the winter harbour at Simons Town to the growing enclave around Table Bay,’ says Catherine Schulze, General Manager of Steenberg Hotel & Spa.

The original farmstead or werf with its surrounding buildings, is a Western Cape Heritage Site. Over the years these buildings have been carefully restored, breathing new life into their interiors while preserving their historic integrity. 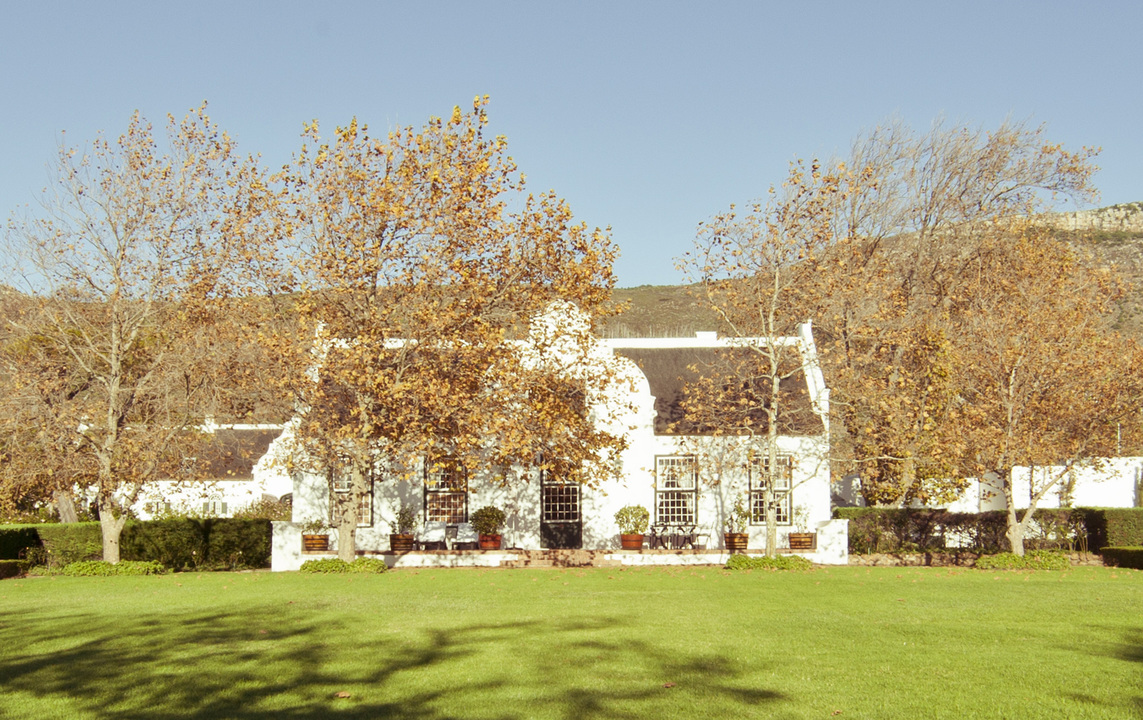 After the change of ownership in 1695, when Frederick Russouw purchased the property, Catharina’s original homestead was converted into stables and later a barn. The U-shaped Manor House as it stands today dates back to circa 1740. In the late 1700s, Frederick’s son, Nicolaas Russouw, added the grand ‘holbol’ gable to the front of the homestead. This convex-concave gable is the only surviving one of its kind in the Cape Peninsula and predates the more intricate baroque-influenced designs at Groot Constantia by nearly 30 years.

As a popular halfway station between Simons Bay and Table Bay, Christina Diemer, the widow of Frederick Russouw, ran a highly profitable business supplying hospitality and provisions to the fleet of ships rounding the Cape.

In August 1842 the land passed from the Russouws to the Louw family who remained on the property until 1990. The new owners, Johannesburg Consolidated Investments (JCI), redeveloped the property into Steenberg Hotel and Winery. The property changed hands again in 2003 with Adrian Gardiner as proprietor until 2005 when Graham Beck took over custodianship.

The heart of the Manor House, which today is used for guest rooms and suites, is its majestic dining room separated from two front rooms by an intricately carved screen of stinkwood, ebony and yellowwood. The thick original walls, high, wide timber ceilings and welcoming heavy stable door, are typical of period homesteads in the valley. The original farmstead gates still have pride of place at the bottom of the garden. 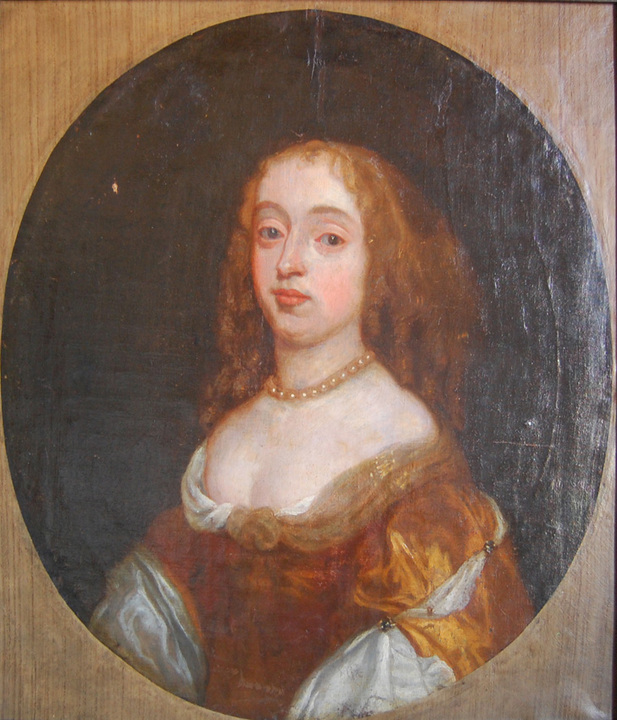 The Manor House has worn its years well and reveals wondrous stories of past generations and interesting visitors who have crossed its threshold. Engravings on original window panes speak of adventures of bygone days and serve as a reminder that Steenberg has always been a place of refuge and hospitality. The names of the ship’s captain and lieutenant of the Duynenburg, which was anchored in Simon’s Bay in 1763, remain etched on a window in one of the rooms. Later engravings on window panes dating from 1930 and 1990 can also be found.

Adjacent to the Manor House is the Jonkershuis, typically built for the eldest son on Cape Dutch farms at the time. This magnificent heritage building today accommodates luxurious one, two and three-bedroom guest suites. The original wine cellar, built in the 1700s by the Russouws who introduced winemaking at Steenberg, today houses the farm’s signature restaurant, Tryn. The restaurant is dedicated to Catharina, or Tryn as she was known to her nearest and dearest. 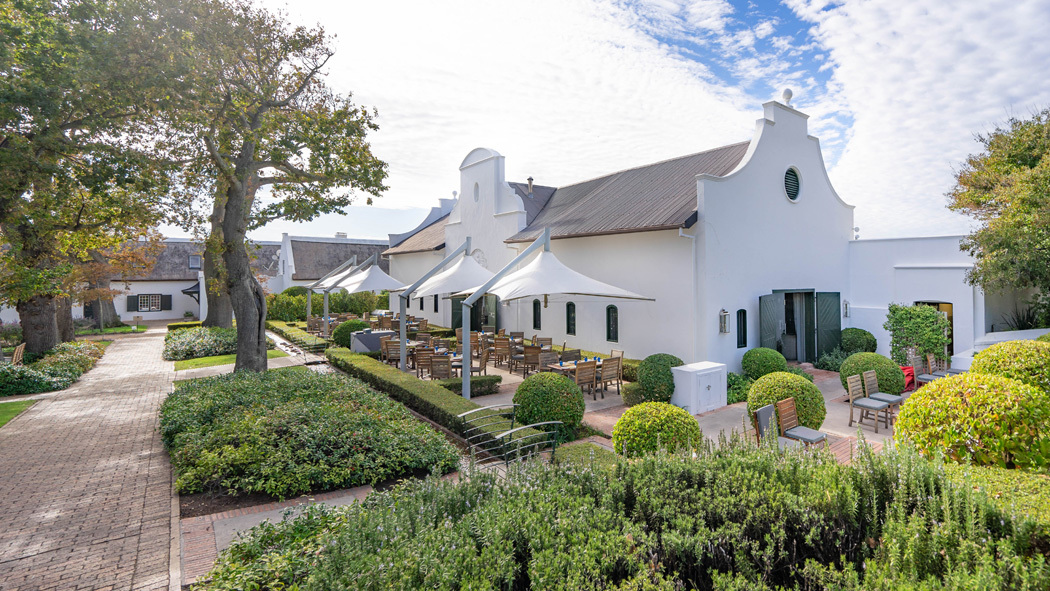 Central to the werf on the site of Catharina’s original homestead, is the Barn which functions today as the reception building with a lounge and guest rooms. These stately heritage buildings set the tone for the memorable Steenberg guest experience with its choice of stylishly appointed rooms under rafted timber ceilings. More recent vineyard and mountain facing rooms echo these generous original proportions.

Over the years, Steenberg Farm has flourished into a complete luxury destination where guests experience a true sense of history and tranquillity. The warm hosting by a dedicated team, delicious food at Tryn and Bistro Sixteen82, incredible wine tasting experiences and art installations topped by a world-class 18-hole golf course, offer guests a feast of pursuits.