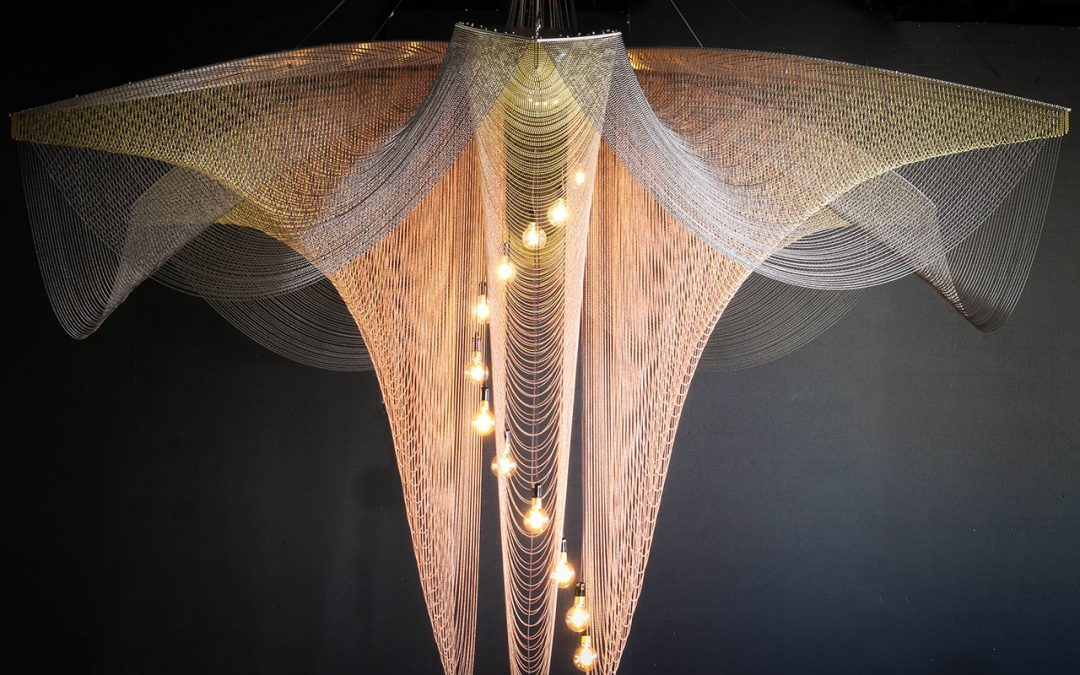 willowlamp is no stranger to accolades. Creative Director and Founder Adam Hoets and his dedicated studio of artisans have repeatedly been recognised both locally and internationally over the years for their innovative designs and intricate one-of-a-kind art pieces. The brand has been lauded yet again by the international lighting design community with a flurry of awards acknowledging the design pedigree of various pieces in its portfolio.

First up, the third annual international Lighting Design Awards – LIT https://litawards.com/ – recognised willowlamp for its contribution to the industry during 2019. LIT is open to submissions globally and accepts entries from manufacturers and designers from all over the world. The winning entries are assessed and judged by leaders in the industry – a jury of designers across the interiors and architecture spectrum. The ultimate winners receive a LIT trophy and publicity showcasing their work to a wider international audience. The 2019 edition of the LIT Design Awards received hundreds of outstanding lighting submissions by lighting firms, emerging designers and students from all around the globe. The winners were announced on 17 December 2019.

Demonstrating its signature versatility and variety, willowlamp earned an impressive two accolades from LIT – with praise coming in the form of awards for pieces from both the brand’s custom and chandelier categories, areas for which the company is especially renowned. These two awards demonstrate willowlamp’s proficiency in the bespoke and large-scale spheres.

The awe-inspiring Southern Flame piece – created for Southern Guild and exhibited locally and internationally – earned a win in the Designer and Custom Lighting category. This bold once-off creation is a sculptural work based on a ‘melting’ version of the Mandala No 1 and is a staggering 3.2 metres tall and 2.5m wide, designed to be either suspended from the ceiling or mounted on a wall – either way a statement-making sight.

Winning in the Chandelier category was the Giant Fuschia, a special commission for an event space made for a client in the Congo, and while created especially for this project, it is based on an existing chandelier in the willowlamp repertoire. This awe-inspiring piece is a massive 4 metres in diameter and is a mixed metallic version of the popular Fuschia design. With 13 LED lights illuminating the graded colour progression from brass to copper, the piece is a showstopper of note and a worthy recipient of the award.

In addition to its LIT accolades, willowlamp excelled at the 2019 D’Arc Awards (which also note excellence in the lighting industry) by placing third in two categories for two different pieces. With voting done by insiders (architects, products designers and the like), the awards are a reflection of what the industry itself deems great design for the year in review.

For 2019, D’Arc recognised the Giant Fuschia as a truly remarkable piece of design by naming it third place in the Bespoke Installation category. willowlamp’s Halo was awarded third place for Best Architectural Lighting, cementing the brand’s status as a perfect fit for premium design projects and interior spaces. This is the second time that willowlamp has been recognized by D’Arc. The company received 2nd prize for The Best Use of Decorative Lighting in a Hotel Project at the 2017 edition of D’Arc.

These various awards underscore willowlamp’s continuous pursuit of design innovation and excellence and serve as a bright start to 2020, and a winning platform from which to launch the year.