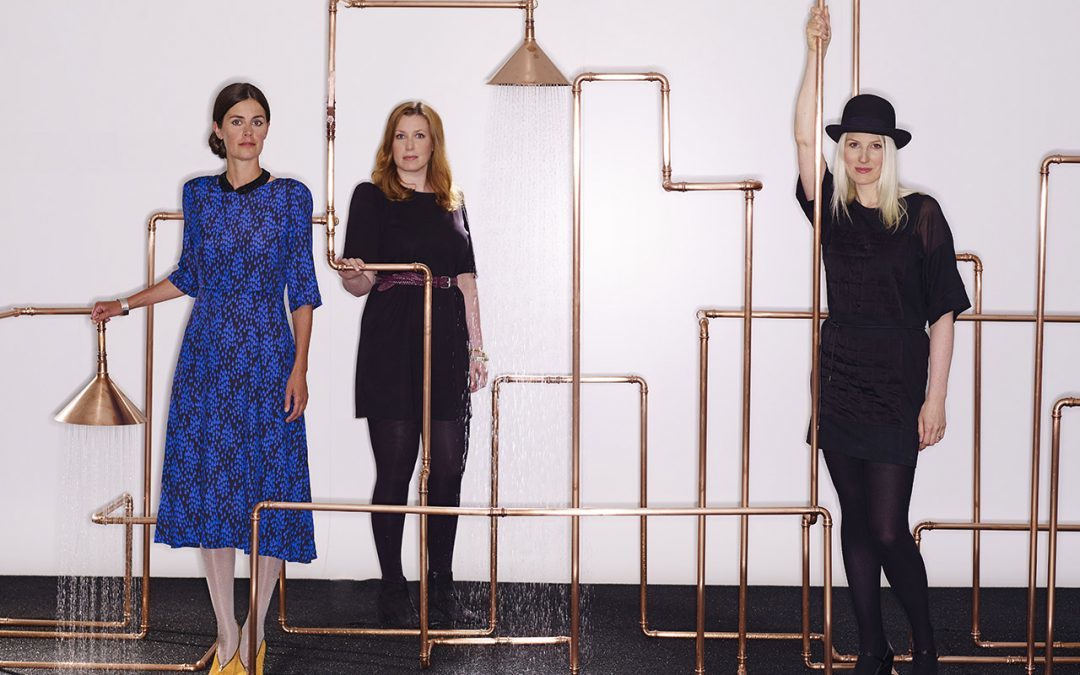 Anna Lindgren and Sofia Lagerkvist are two of the founders of Front, a Swedish design studio of “avant-gardistes” who are keen to experiment, discarding the conventional along the way.

“Our aim is to consistently add something special to a project. Or something that you would not expect,” says the pair. 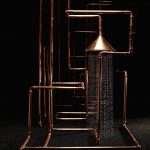 Collaboration between AXOR and Front started in 2013, culminating in AXOR WaterDream 2013. This was borne from the objective of ‘reinterpreting the shower’ and resulted in an incredible installation of pipes, valves and funnels, establishing brand new archetypes for an ablution that has been around for nearly two centuries.

The WaterDream allows one to experience water in its original form by breaking away from old patterns. The installation was motivated by the need for radical freedom and focused on the path of water.

In 2014, the AXOR WaterDream by Front won the coveted Wallpaper Design Award as the best concept for the shower.

This success led to Front working on one of the AXOR shower sets, which received a German Design Award in 2015. This shower set embodied the idea that “nothing is hidden”. The sculpture, made of meandering pipes, plumbing joint and valves – which are normally hidden in the walls – intended to make it easy to understand how the shower is used.

All of the positioning makes it easier for the user to use, guided by the handles and aesthetics. Its simple-yet-elegant shape takes its inspiration from industrial components and looks fantastic in any modern home. Even better, the Front Showerpipe is customisable to personal preference, coming in eleven different finish options for your home. These include Bronze, Gold Optic, Red Gold, Black Chrome, Steel and Nickel – giving you the bathroom that you have always desired.

In 2016, Front worked on WaterDream again, this time creating the Water Steps as part of the year’s theme – ‘create your own spout’. This installation focused on the playful exchange between form and water, both aesthetically and acoustically underlining the emotional potential of the natural element as it flows over PVD-finished metallic surfaces.  This is a prime option for the elegant home owner, looking to spice up their style. 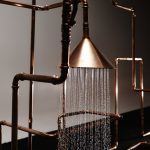 The Front designers take their creation back to basics.

“We wanted to highlight the hidden aesthetics of the technology in an elegant way, and to create a charming designer product out of the tubes, valves and funnels.”

The AXOR ShowerProducts designed by Front are unusual and familiar, standing as archetypes in shower design while also being a homage to traditional workmanship and industrial design.