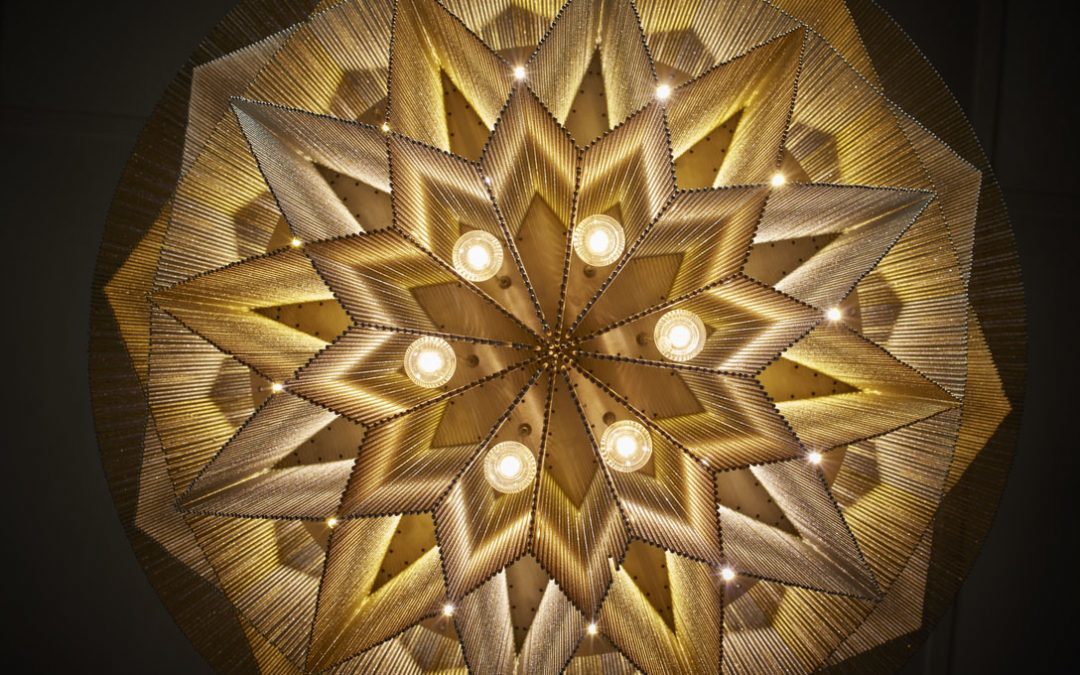 The true mark of an artist is their ability to evolve – to expand their concepts and widen their scope in the quest for new vehicles of expression for their vision.

When Adam Hoets, Creative Director and founder of willowlamp, conceived his most recent collection of pieces for the brand, it was with the idea of increasing his repertoire to include different slants on his first foundational pieces.

“The way people live these days, few of them have room for extraneous objects, and so what is in a space needs to count.  I, therefore, decided to focus my attention on some fabulous works of art,” says Hoets.

The Crystal Mandala falls into this category. The Mandala theme has become something of a hallmark for Hoets, whose fascination with sacred geometry and the forms inherent in nature have inspired much of his work. Taking elements from the original designs – their strong geometric influence and graphic silhouettes – the Crystal Mandala develops these concepts further and streamlines them into something more dynamic. “Geometry is how nature is structured, so the more perfect a geometric construct the closer it gets to mirroring nature in its purest abstract form,” says Hoets. 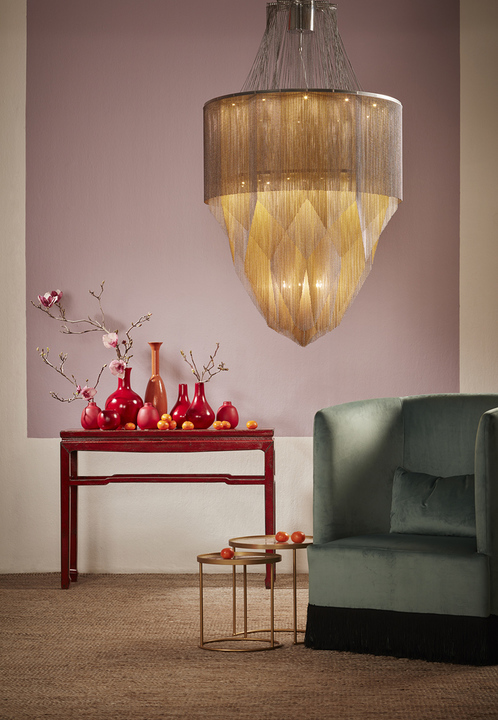 The key to unlocking this next step in the evolutionary process was in the mechanics of the design process itself. “It came about by happy accident when I designed the Crown Perth Mandalas [willowlamp was commissioned by Australian-based architectural firm Bates Smart to design four chandeliers weighing three tonnes each for the Crown Perth Hotel]. Due to their sheer size and weight, they required a dropped tier that was concealed by the outer curtains of chain,” he says. This deviated from the original Mandala designs, which all extruded from the top plate.  Significantly – and crucially, for ease of use – the new version has been reduced in weight, which allows it greater freedom of application.

Accordingly, a sleeker, simplified version of the Mandala No. 1 emerged, like a butterfly from a chrysalis. The striking signature willowlamp hallmarks of the original were refined further to reflect Hoets’ conceptual progression. “This was intended to be a slightly simplified version of the Mandala No. 1,” notes Hoets. “There’s something quite poetic about the way the hard straight-line geometry of the crystal gets softened by the rippling movement.”

The new streamlined version is a versatile design despite its wow factor and can strike a powerful note almost anywhere, but Hoets envisions it being used to dramatic effect in the foyer of a boutique hotel, or above a round dining table – even in a high-end nightclub.

Like the piece itself, the Mandala theme is organic, and can be adapted and customised depending on the project – something Hoets relishes. “In essence, I feel the Mandala concept is now complete and has been explored, but there is always room to adapt on demand for special requests within the theme,” he says.

View the Crystal Mandala at http://www.willowlamp.com/family.php?id=45