Neolith® goes back to the future 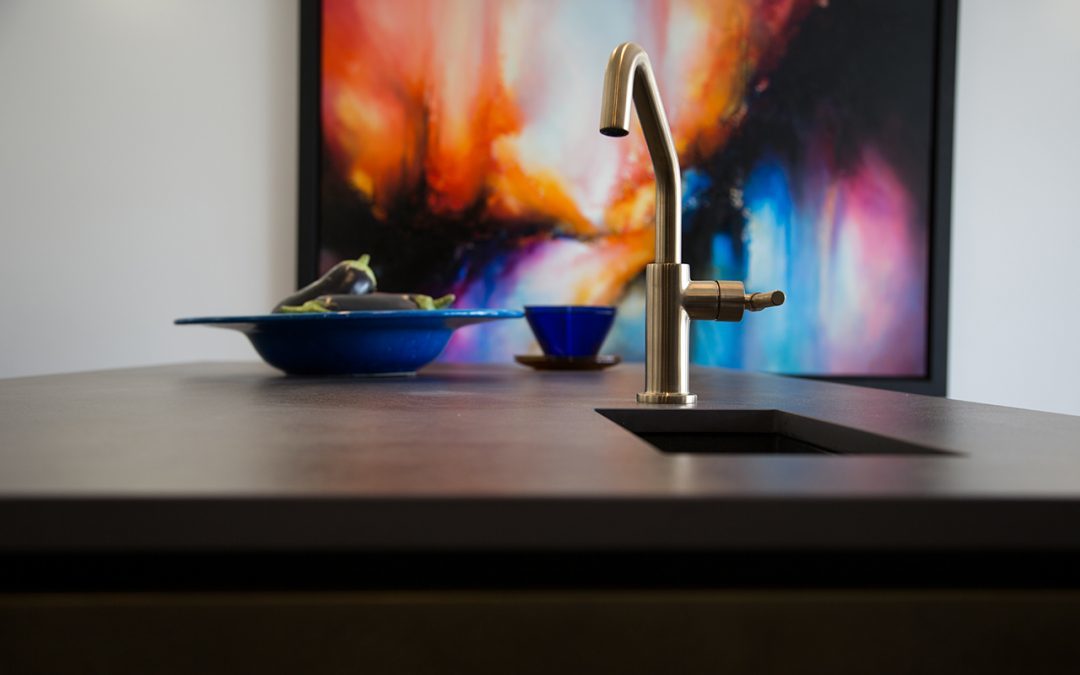 Hove, East Sussex (UK) is a seaside town popular with young professionals and commuters to nearby Brighton and London. Once a small fishing village on the South Coast, it developed rapidly in the 19th century, becoming a comfortable, middle class residential area.

Alex and Andrea were living in a Victorian four bedroom house, perfect for a growing family. However, as is often the case with these period properties, the kitchen was small and cramped, squeezed into the back of the building.

With a new-born baby, they felt that while there was plenty of area upstairs, they needed to expand the living space to accommodate for the necessities of family life. Focus was placed on extending the kitchen-diner.

The original inspiration for the design was a fusion of deconstructed Victoriana and a clean modern aesthetic. This would be achieved with an open plan, extending the full width of the ground floor rear into the garden. Unfortunately, planning restrictions meant that this initial concept needed to be revised to keep in line with the period look and feel of the area.

Compromise often leads to creativity, and this is nowhere truer than in architecture and design. Having to scale back plans for their kitchen extension really focused the minds of Alex and Andrea, ultimately giving birth to a more ambitious vision for the space.

An oversized island became the core feature of the kitchen with a matching worktop and splashback. Neolith’s Estatuario E01, a faithful interpretation of the marble of the same name, was chosen by the designers in 12mm thickness, with a silk finish. The couple also requested that slabs be book-matched to ensure a seamless spill-over from the worktop to the cladding.

Careful and intuitive fabrication and installation established the island as a focal point in the kitchen without dominating it. The subtle marble effect running throughout created a crisp, elegant feel.

Other beautifully crafted details combined to create a warm and welcoming space, including hand-crafted parquet floors and exposed brick walls, which offered a perfect contrast to the Neolith surfaces.

This is an elegant, yet playful interior which will stand the test of time and serve purpose as a practical home for the new family of three. 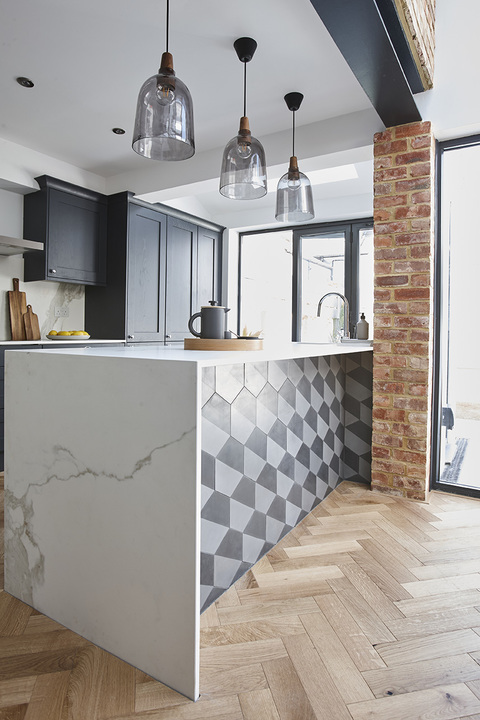 When only the highest quality will do…

Arts & Crafts is a distinctly British style which has come back into fashion after years in the design wilderness. Following the new wave of designers who eschewed its whimsical blend of medieval and romantic designs following WWII, the gabled architecture was broadly regarded as passé. However, this idiosyncratic style is now finding a new audience.

Moseley, Birmingham (UK) is a suburb which developed in the late Victorian and Edwardian periods. Populated by the city’s business elite, the area and its large, distinctive Arts & Crafts houses gradually fell out of fashion. As economic fortunes declined during the mid-20th century, prosperous industrialists made way for shrewd property developers, who carved these large buildings into apartments.

It was one of these houses which Gill, a TV editor, and her partner Paul decided to transform into their dream property. Previously owned by Gill’s father, the property had been carved into nine separate flats. She was looking to return the space to its former grandeur as a two-storey Arts & Crafts home with a modern twist.

The complex plan included an L-shaped extension on the ground floor, and the intention to knock through pre-existing partition walls, to create a spacious kitchen and living space. There was plenty of work to be done, including overhauling a number of the dated 1970’s design choices, including carpeted walls.

From a design perspective, it was primarily about harnessing the ethos of William Morris, Edward Voysey and Edwin Lutyens, pioneers of the Arts & Crafts movement. This meant colour, texture and the use of really high-quality material.

The project was not without its challenges, but Gill and Paul were able to overcome these with plenty of ingenuity and a little help from George. The finished house is a fine example of exquisite craftsmanship, a particular highlight is the kitchen/living space.

Flooded with natural light, the cooking space embodies the sensibilities of Arts & Crafts. Starting with the polished concrete floors and working through the floor to ceiling cabinets and low-level units, a simple, laid-back theme was achieved.

The pièce de résistance is a striking, metallic-style kitchen island. For the island top and other worktops, Neolith’s Iron Moss Silk was specified, consistent with the overall vision to specify the very best, high-quality materials. The surface brings the whole space together, complementing the quasi-industrial fixtures and fittings used throughout.