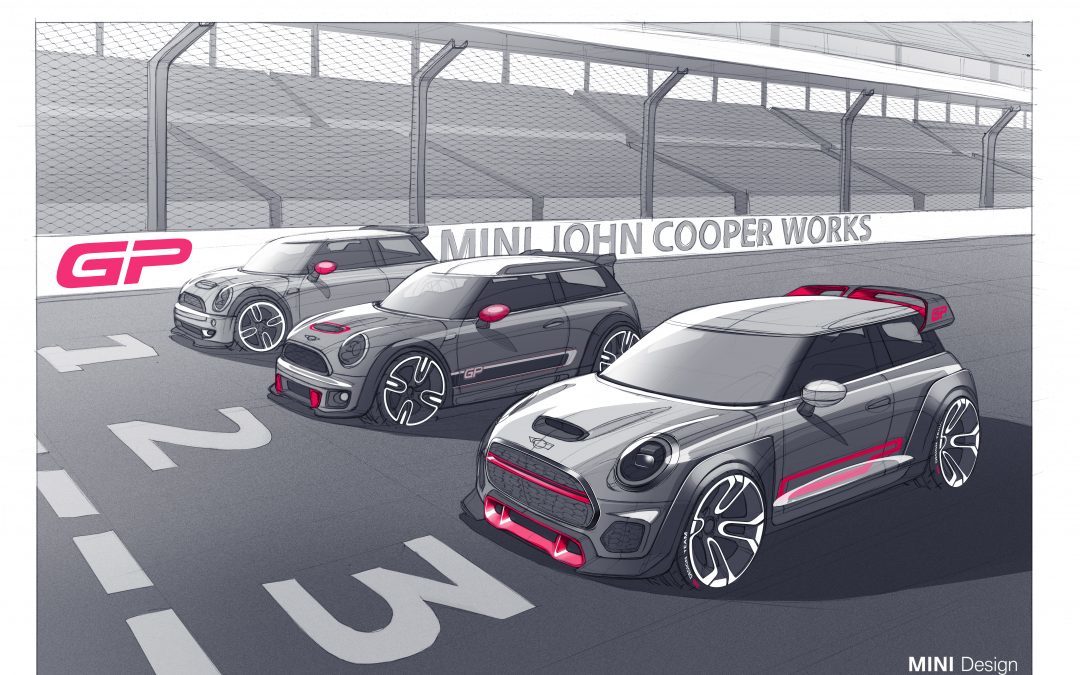 In 1959, as an early teen in north-west England, I clearly recall my first look at the MINI. This was a low, Spartan-looking, boxy little car with a shallow bonnet indicating its transversely mounted engine. But it was a car for the time. The Suez crisis in 1956 had made fuel supply and consumption a major issue in the UK. This was a People’s Car, as was the Volkswagen Beetle in Germany. 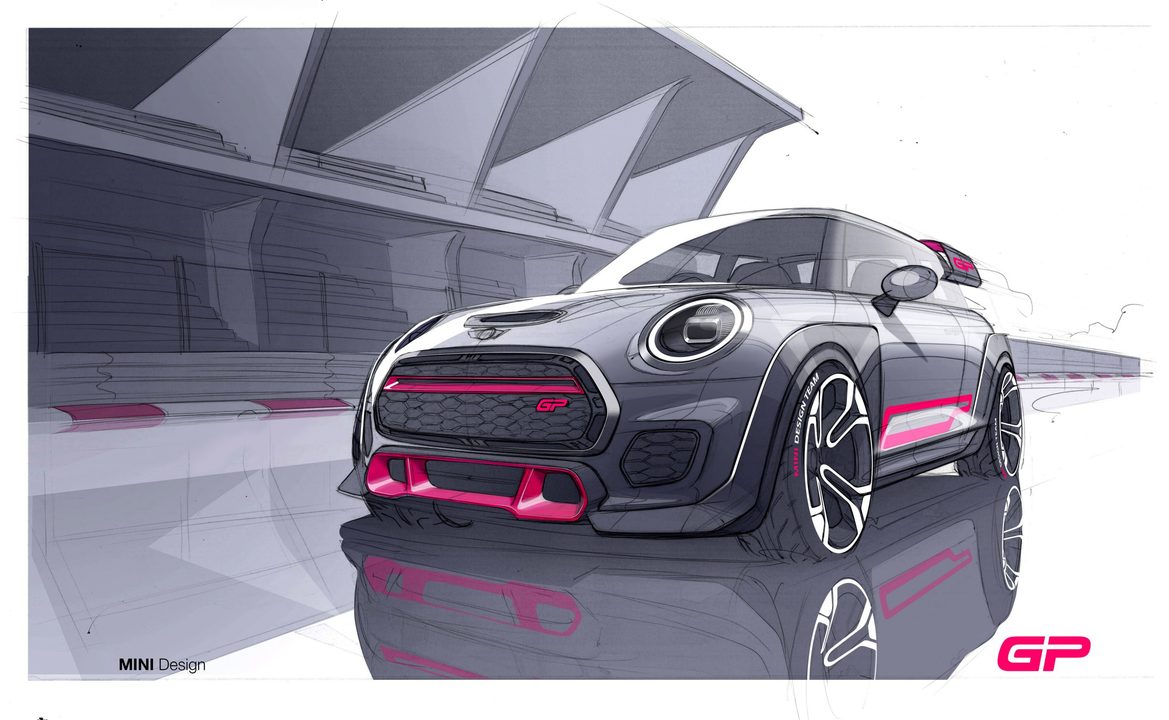 The Mini Minor – first labelled in two derivations Austin 7 and Morris Mini Minor – was the brainchild of intuitive BMC designer Alec Issigonis, head of a team of just three, plus a few draftsmen and a pair of student engineers. 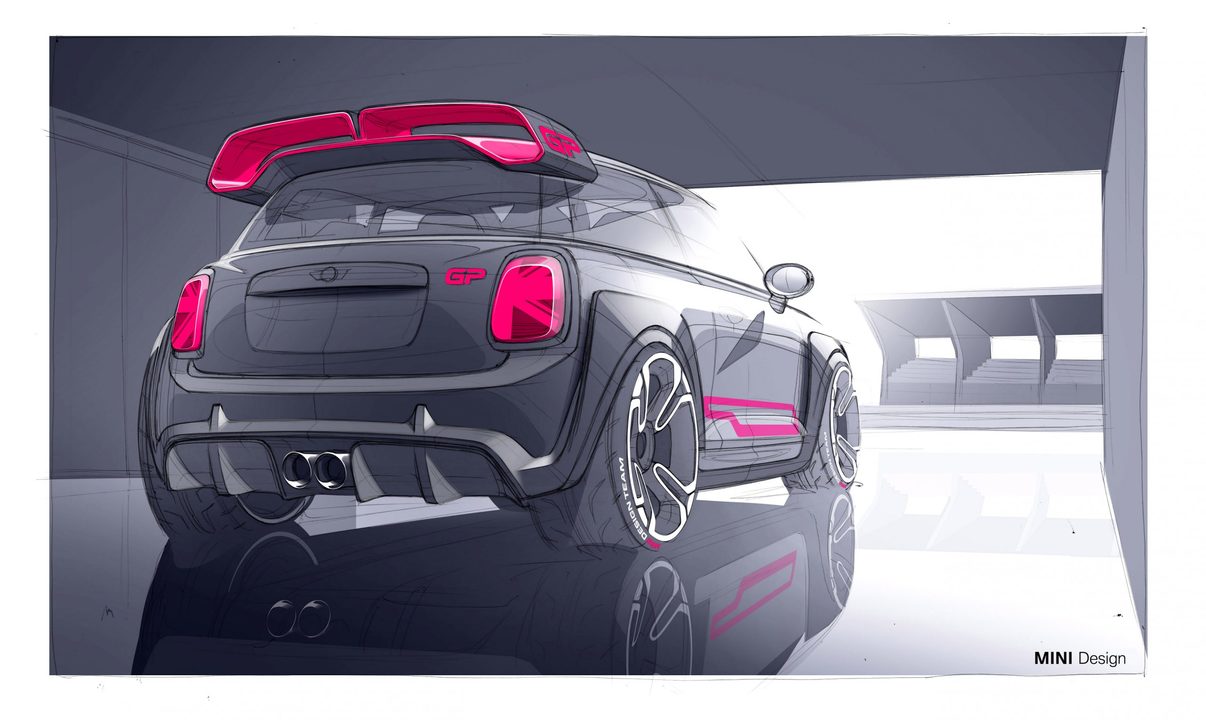 For Issigonis, the car to emulate, and ultimately beat in terms of size and packaging, was Dante Giacosa’s brilliant Fiat 600. This practical four seater was contained within a size envelope only slightly larger than that intended for the Mini. The packaging solution employed by Fiat was to place the in-line four-cylinder engine out beyond the back axle and the luggage up-front. Issigonis chose to rather place the engine up-front, but transversely, with the boot at the rear. 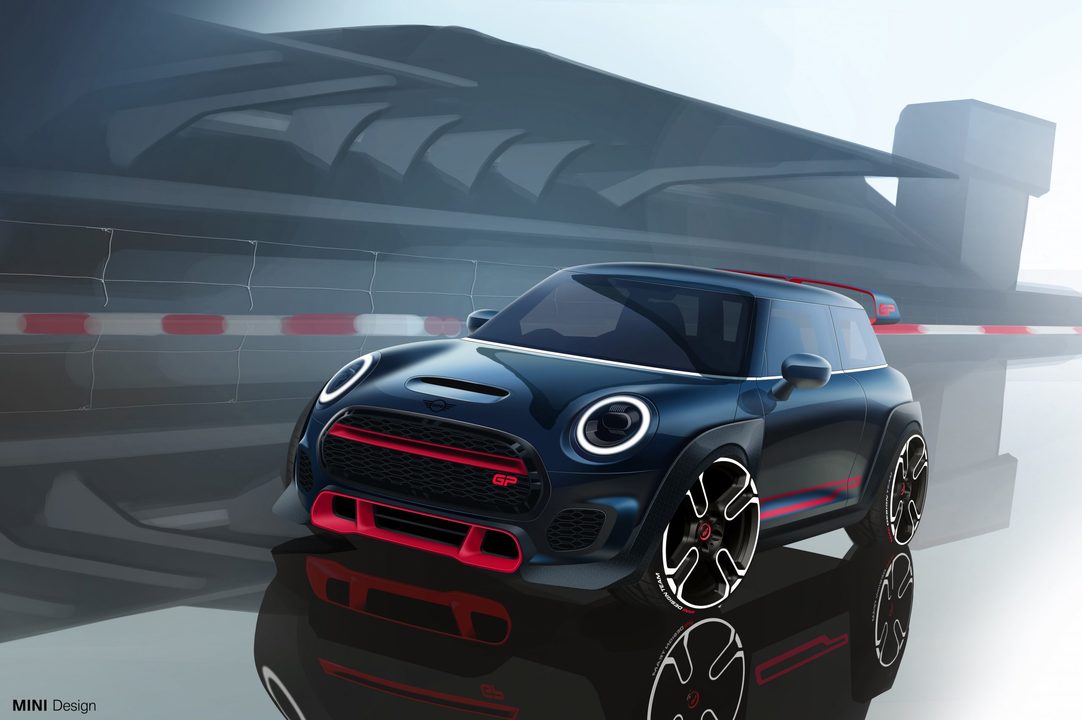 The Mark I Mini: 1959–1967 was demonstrated to the press in April 1959, and by August, several thousand cars had been produced. The Mini was officially announced to the public on 26 August 1959 and was immediately acclaimed.

Then John Cooper became involved in 1961 and the Mini Cooper and Cooper S were born, to be raced and rallied with spectacular success. 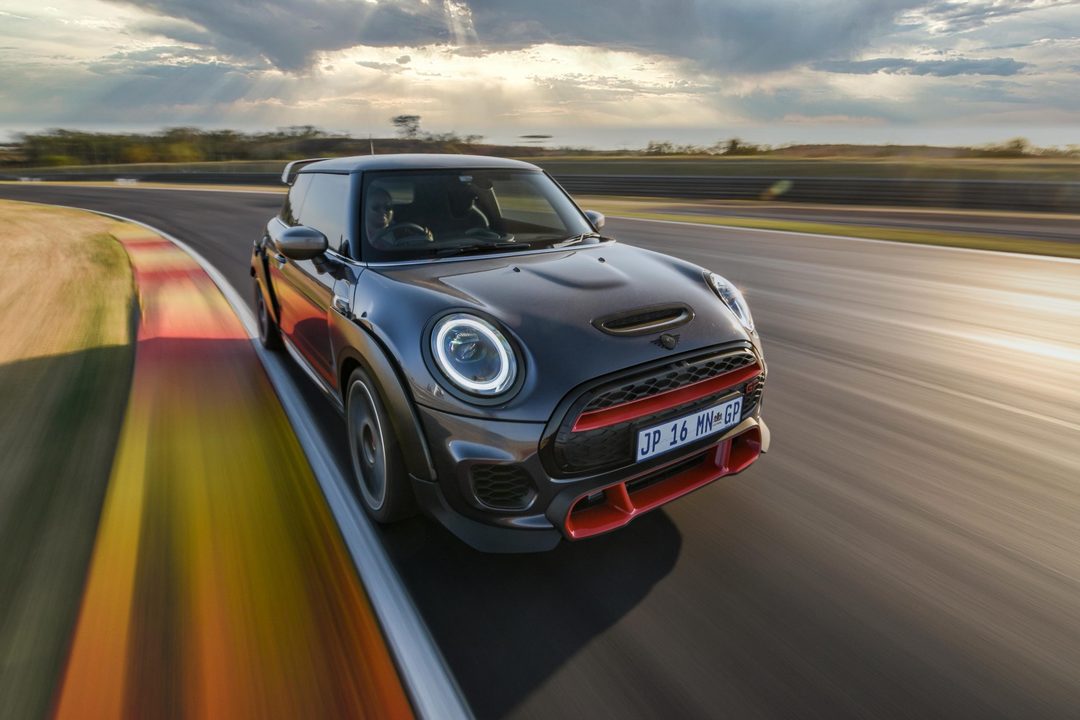 What happened in the following decades was astounding. Mini became not only a peoples’ car but every ilk of person – from film, fashion and pop stars to aristocracy and royalty – cherished it. Custom versions evolved and paint jobs were many and varied. It was the car for the Swinging Sixties and Seventies. 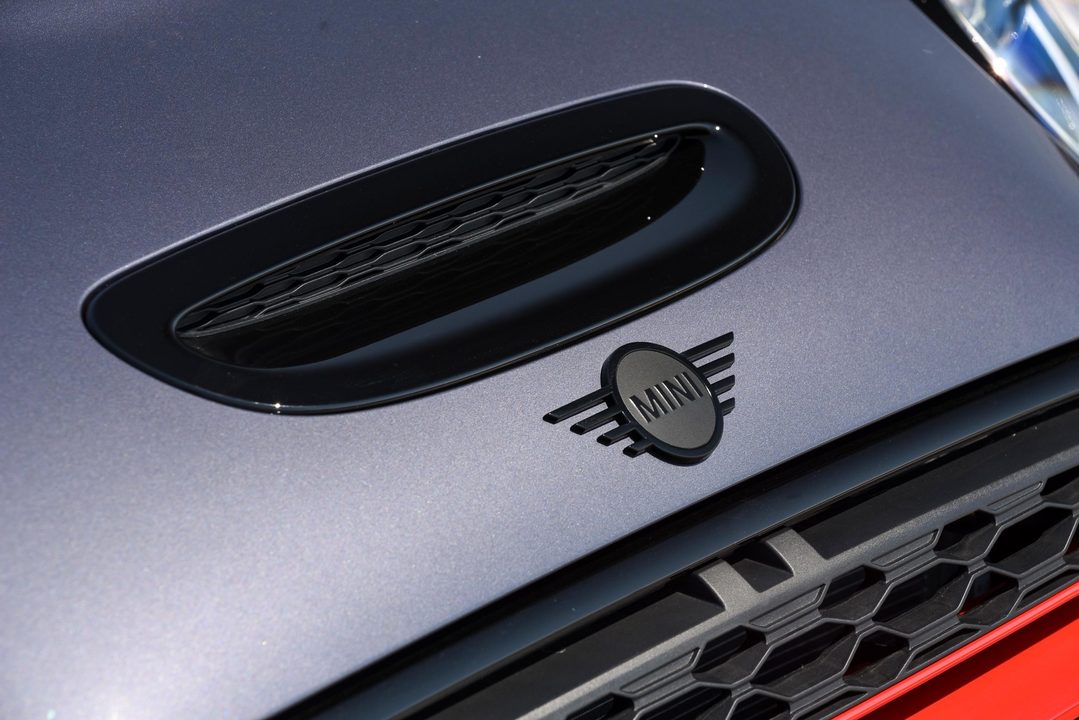 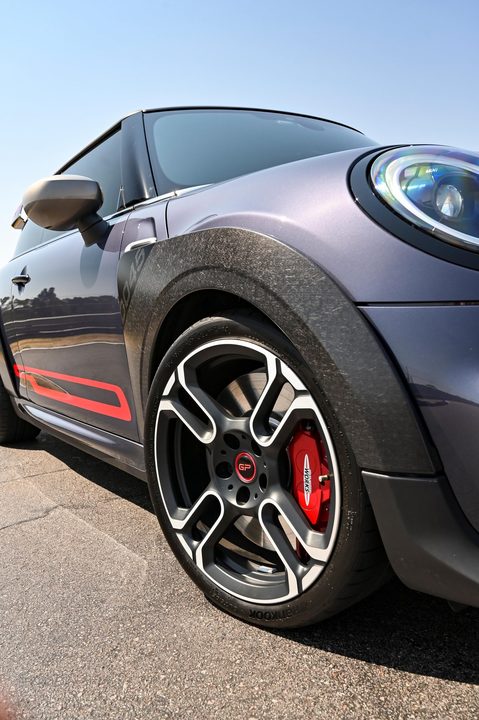 The final Mini MK VII was produced in October 2000, it being the last from a total of 5.3 million cars manufactured and sold all over the world. BMW, the new owner, announced a successor to the Mini – which was to be called the MINI – written in capitals.

MINI shared the FWD architecture of its predecessor, but was, from the outset,  no longer a budget vehicle, having inherited the sporty, luxe genes of the BMW premium brand. With top technology for this vehicle class, the MINI is now even more an object of desire and fashion, yet more oriented towards the pleasure of performance driving. In comparison with the original classic, it’s longer, wider and weighs 70% more. Yet, market success proves that the new car is well suited to the 21st Century where comfort, safety and environment necessities are more defined. 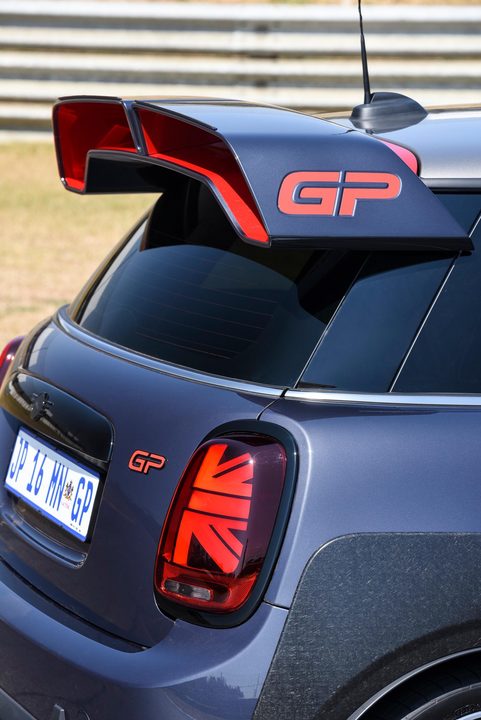 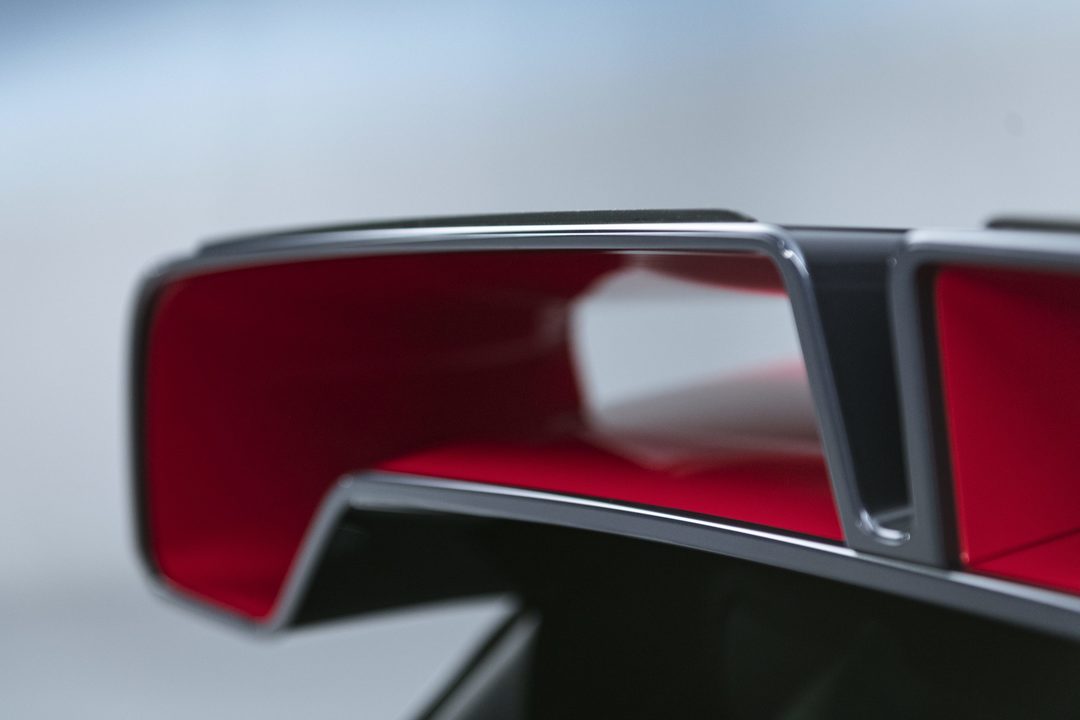 Latest and greatest in this iconic pocket rocket’s lineage is the new MINI John Cooper Works GP, powered by a 225kW 2.0-litre four-cylinder engine. With MINI TwinPower Turbo Technology, it’s the fastest MINI approved for road use. Of the 3 000 units produced at MINI Plant Oxford, only 38 of these very special cars have been earmarked for South Africa, demonstrating the desirability of this most potent MINI. 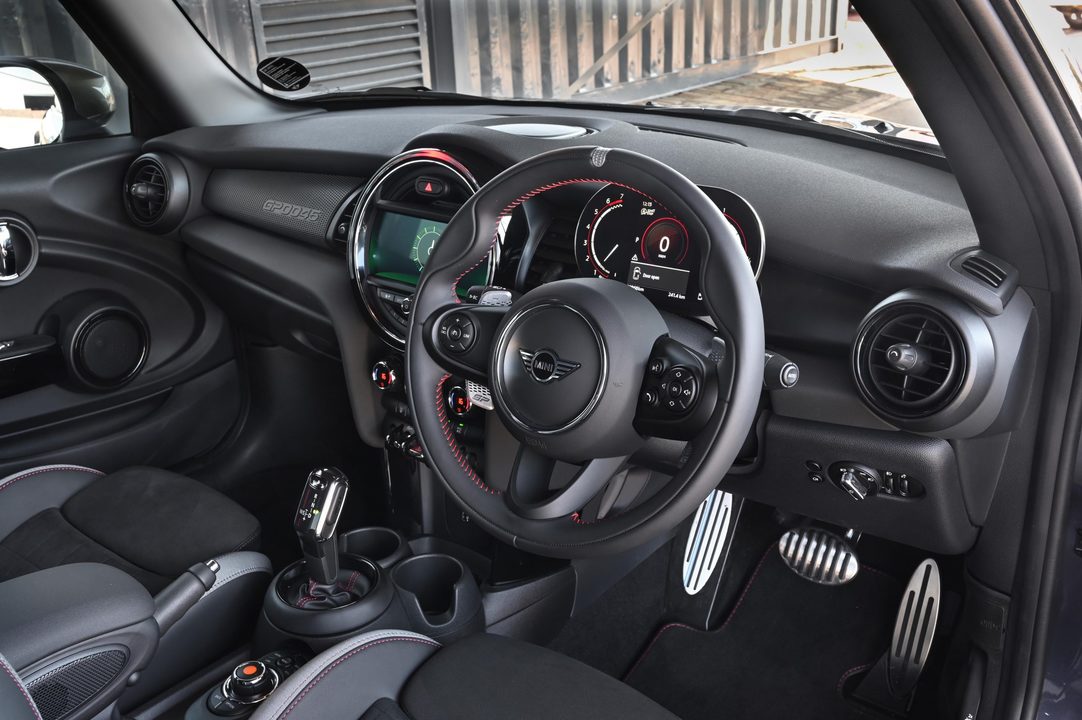 Only customers who had registered their interest via MINI South Africa’s channels were eligible to purchase one of the 38 units; in the process dashing the hopes of hundreds of local racing enthusiasts who had been eager to get their hands on one.

And most certainly with good reason, since the new MINI John Cooper Works GP offers unrivalled sporty flair and overwhelming agility in a package based on the MINI 3 door. Stripped down to the bare essentials, with a 55kW advantage over the standard MINI John Cooper Works and suspension lowered by 10mm, it forms part of that fascinating tradition that has been closely linked to the name of the legendary Formula 1 designer John Cooper since the debut of the classic MINI more than 60 years ago. 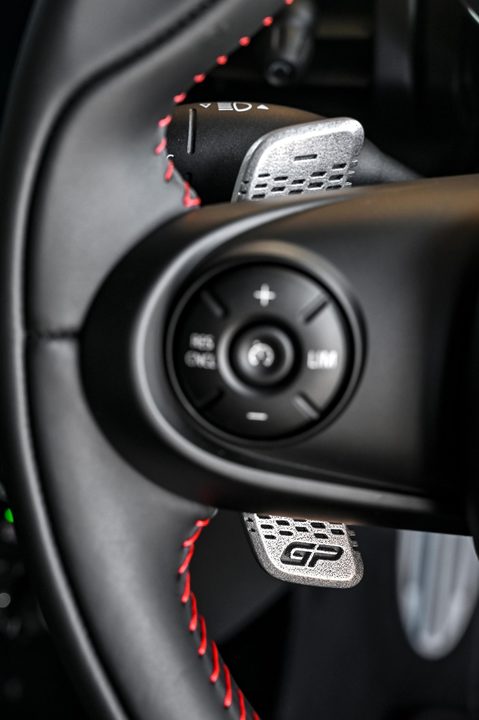 The exclusive character of the new MINI John Cooper Works GP is uncompromisingly geared towards extreme driving pleasure. In combination with its powerful engine, the suspension technology is fine-tuned in line with John Cooper Works’ comprehensive racing expertise while the body is optimised with lightweight construction, torsional stiffness and aerodynamics. 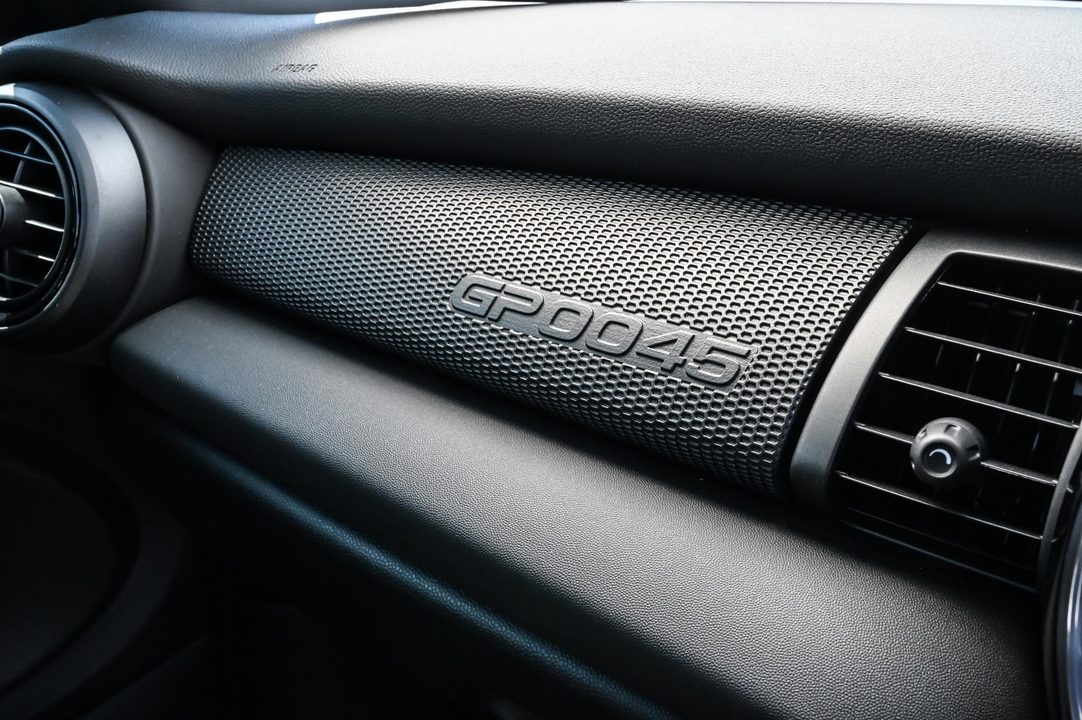 This JCW GP is the latest in a line of rarefied MINI racers dating back to 2006’s MINI Cooper S with John Cooper Works GP kit and the MINI John Cooper Works GP of 2013. Both models generated 160kW from their supercharged – in the case of the former – and turbocharged – for the latter’s – four-cylinder engines. On each occasion, only 30 of the 2000 units produced were sold in South Africa. 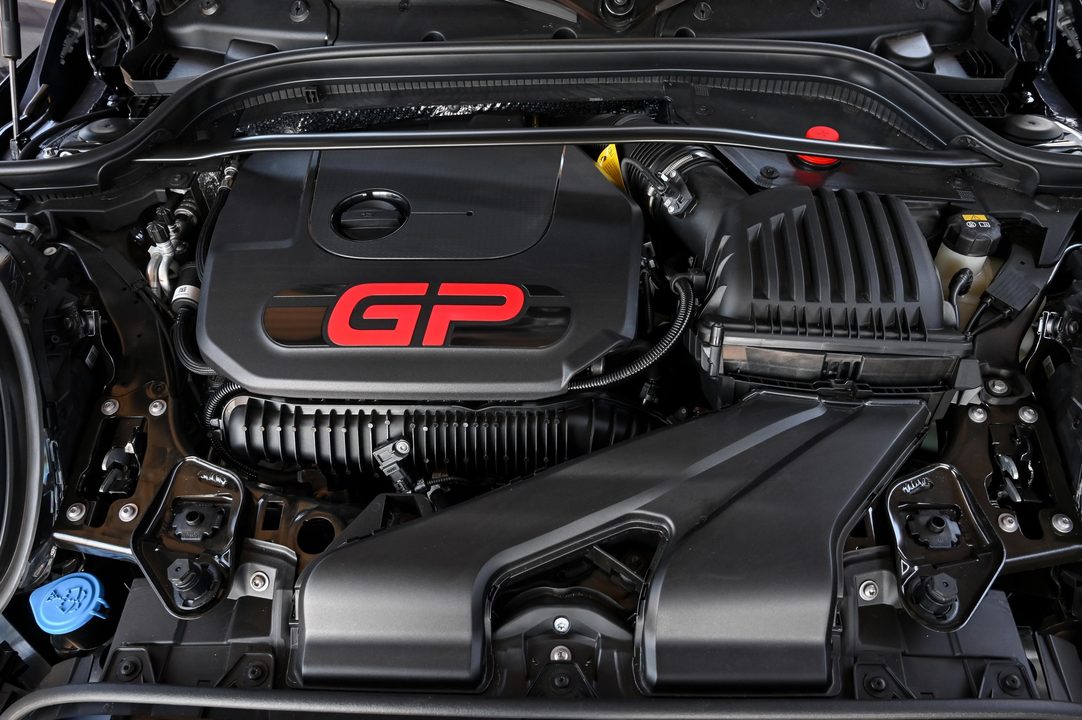 So, the newest MINI John Cooper Works being the sportiest road-going MINI to date, is in excellent company. 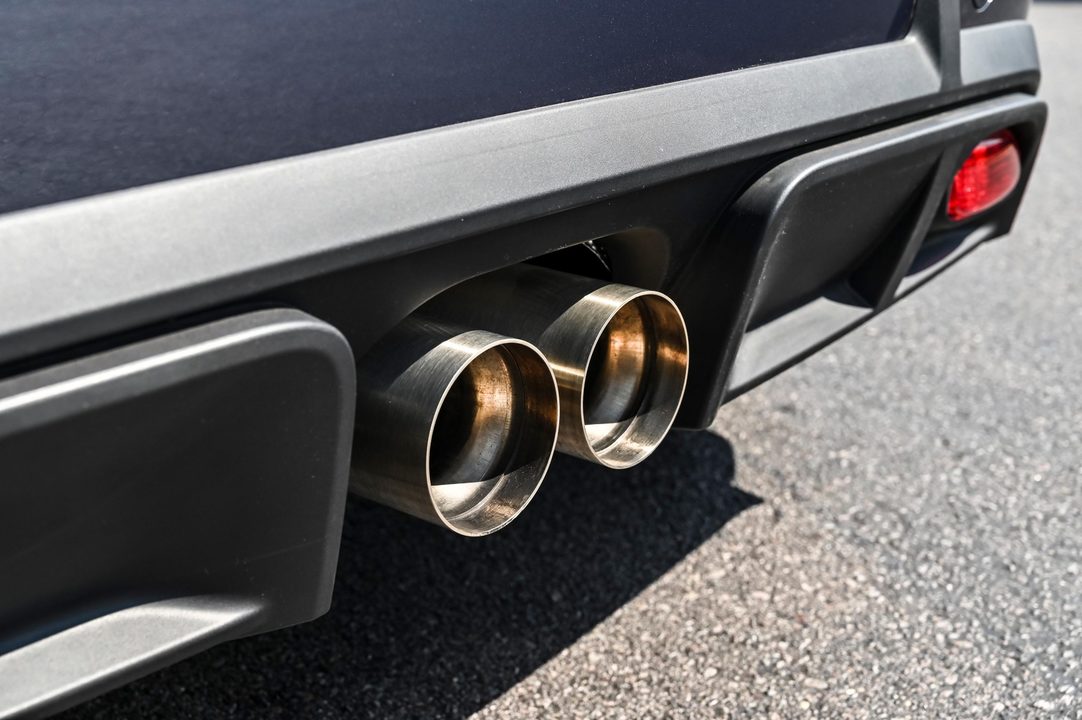