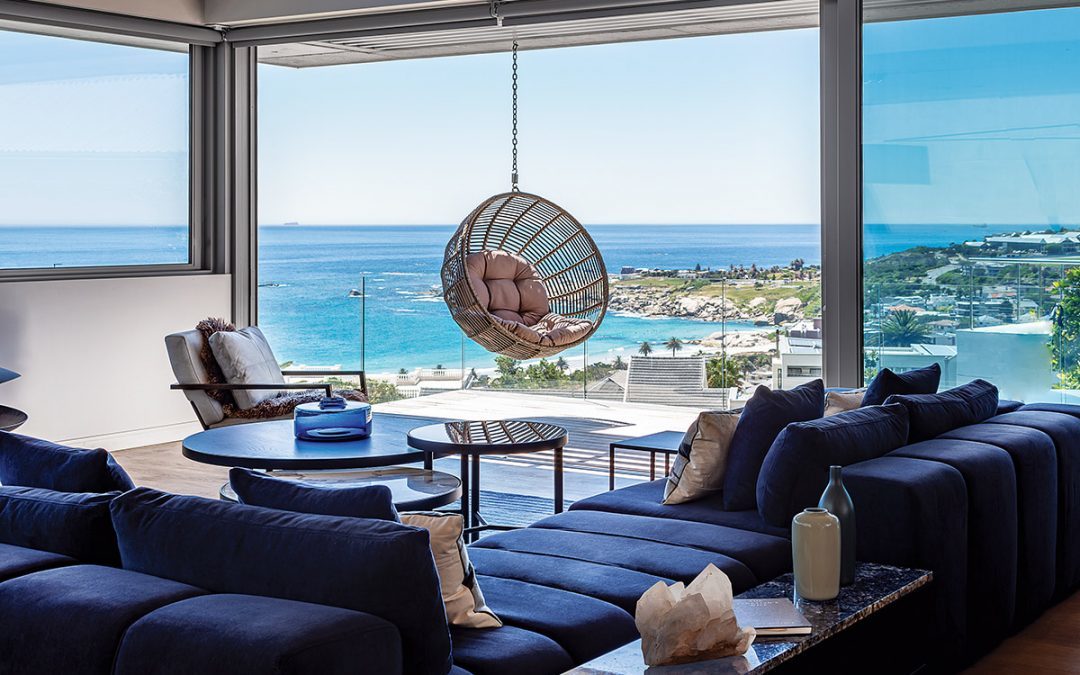 A young Norwegian couple relocated to South Africa in 2010 and sourced this property shortly after their arrival. From a single storey house with a swimming pool on ground measuring 753 square metres, the new build now spans a total covered area of 435 square metres.

As the family began to grow, the need to create a custom-designed home became apparent. They had lived on the site for several years prior and were aware of what views they wanted to capture, and which areas could be more wind-free.

Says lead design architect Renato Graca: ‘The clients were key to the project’s success. Their brief was clear, decision making was concise and efficient. They gave us a great deal of freedom in the interpretation of the brief and its execution. This was a pleasure in the otherwise massively complex and frustrating world of building.

‘The site is relatively long, but narrow with a significant two-storey height difference between front and rear. So, with this existing slope, we were able to cascade the house and create various levels of intimacy, light and dialogue between both interior and exterior.’

To maximise the views and address the fall of the land, the structure was divided into two sections, which are linked via the central family zone courtyard with adjacent kitchen on the first floor.

By locating all family bedrooms and bathrooms at the rear of the property, privacy is created naturally, with the front of the house incorporating the more public spaces for living and entertaining. The central position of the kitchen and courtyard means that the family can be in different areas without being visually separated. The courtyard has been placed on the north side, with the house as a buffer for the strong southeasterly winds, which allows it to be used year-round. The pool was also placed on the east-west axis, to provide the longest possible length and boost solar heating.