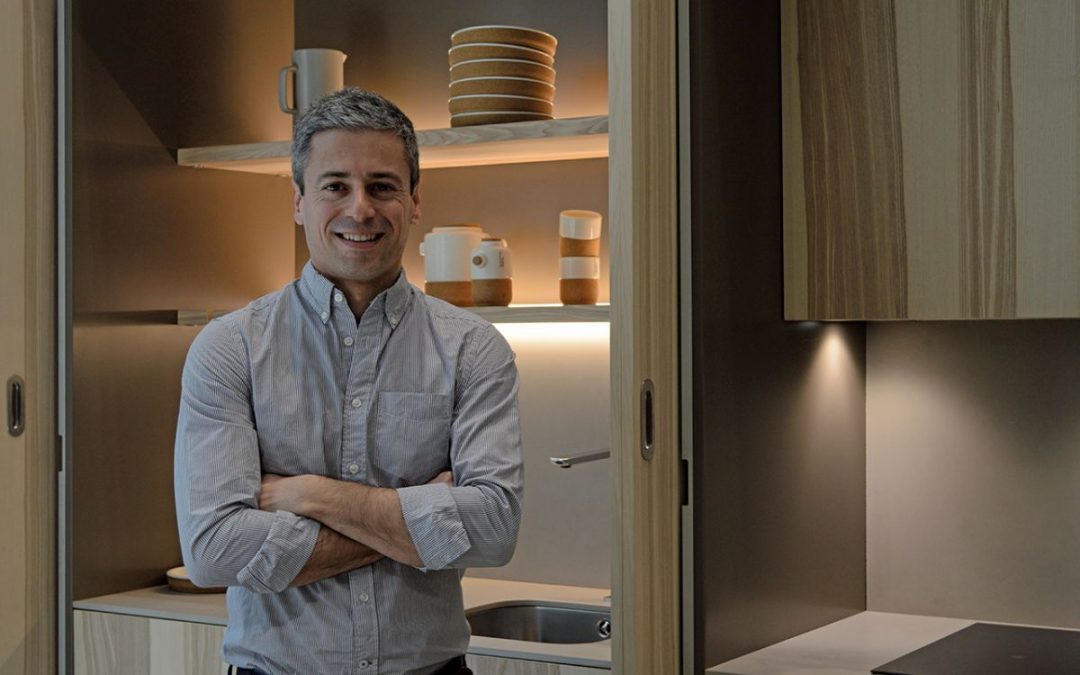 Business Director of FABRI South Africa, Ricardo Sabino Costa was born and raised in Lisbon and graduated with a degree in Business Communication Studies and a post-graduation in Marketing Management. He moved to South Africa in late 2013.

He recalls: ‘When I arrived FABRI was still taking its first steps in South Africa, however the rapid growth of the company soon became a reality that needed to be addressed. Paramount for me was the necessity to introduce to the team a new set of skills that could give necessary support to the ongoing challenges. That’s when, after being 12 years in the editorial sector in Portugal, I left behind the safe harbour of a well established corporation and became seduced by a complete change in my life. It was a case of abandoning my comfort zone and embracing the uncertainty of an unknown future.’

FABRI has had 34 years of experience and is the leading Portuguese kitchen company in Portugal. Its market sector experienced a torrid time since 2009 with the crisis in the construction sector and the European economic recession. Yet despite that difficult economic context, FABRI continued to thrive with expanding horizons offering new opportunities. That desire for growth materialised in 2011 with the opening of the SA showroom in Johannesburg.

Says Ricardo Sabino Costa: ‘South Africa was seen as a promising market with huge potential, and one receptive to what FABRI had to offer in terms of product / service and philosophy. Six years later we’ve concluded that we couldn’t have been more right and, despite the economic downside currently affecting SA, we’re still very optimistic about our future in this beautiful country.’

Sabino Costa enthuses that the brand signature illustrates what FABRI has to offer: ‘Design and Attitude.’ He maintains that this is design that puts people in first place, is simple to use, reduced to the minimum but with all the necessary features; the design is timeless but at the same time aligned with the latest trends. Finally, there is an out-of-the-box attitude that blends design philosophy and experience with the client’s unique personality and requirements.

He adds: ‘Another key aspect of every FABRI product is quality. We build kitchens that not only last in terms of design, but also as an object that is at the centrepiece of the home; an interior meant to be used by all, at any time, and therefore one that must endure. We have a code of behaviour that states a simple but fundamental principle: Never compromise on quality. It’s easier to explain price once than to apologise for quality forever – this to establish an added value that enables the exclusive feel of a FABRI product. It has clearly paid off as FABRI was crowned one of the most innovative companies in SA last year, earning a 2016 African Business Award.’