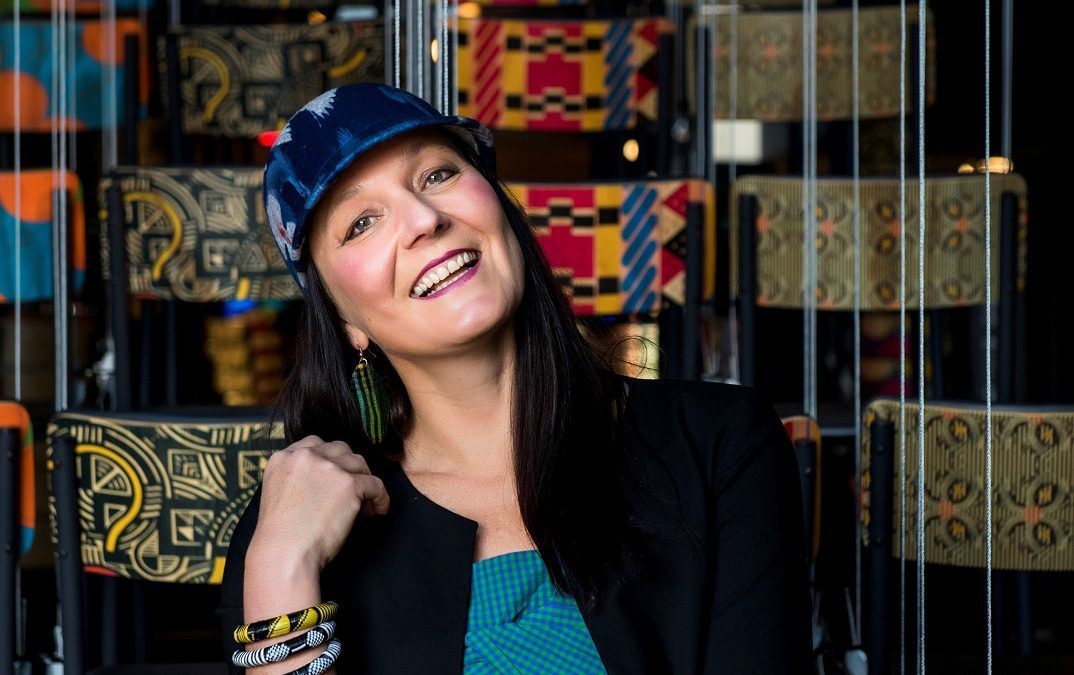 Nando’s restaurants are well known globally, thanks to their distinctive flame-grilled chicken – but the chain is also becoming renowned for its staunch support of South African design. Nando’s’ progressive design programme, Clout showcases the work of local creatives to the world – most notably by featuring their designs in Nando’s restaurants throughout 35 countries. Patrons will immediately recognise the colourful, vibrant design aesthetic for which South Africa is becoming famous.

The story begins in 2015, when Creative Director Tracy Lee Lynch, the founder of Studio Leelynch, redesigned the multifunctional Central Kitchen – aka Nando’s HQ in Johannesburg. Accustomed to curating brand spaces, Lynch transformed the space with the work of more than 50 local designers, reinvigorating it and persuading Nando’s that a home-grown aesthetic was what was needed. “At Central Kitchen you will literally feel Nando’s,” company co-founder Robbie Brozin asserts.

Nando’s proceeded to throw their weight behind South African designers – not just having their designs transform the restaurants, but actively seeking new design talent with the aim of developing them further and exporting a unique design aesthetic to the rest of the world. As the design mind behind Clout, Lynch set about driving this initiative in tandem with the Property and Development Director for Nando’s, Michael Spinks.

The Nando’s Hot Young Designer competition was launched in 2015 with the aim of identifying talented designers who display the potential to build successful and innovative South African design businesses. The competition required creatives under 35 to conceptualise a beautiful yet functional pendant light fitting whose design takes its inspiration from an African narrative, interpreted into a thoroughly contemporary aesthetic, and easily at home in any of Nando’s restaurants. The competition effectively launched the career of the joint winner, Thabisa Mjo of Mash T Design Studio, who is now one of South Africa’s pre-eminent designers, recently voted SA Designer of the Year at the 100% Design South Africa Awards 2019.

Nando’s has since run a second such competition for emerging creatives, unearthing and promoting fresh young voices. In 2019, the programme launched the Clout Designers’ Industry Days Fired up by Nando’s. This initiative saw 26 shortlisted designers pitch presentations to a panel of industry experts at 100% Design South Africa 2019. This was a culmination of a nationwide call for entry to submit concepts and prototypes for inclusion on the Nando’s Portal to Africa. Launched at the Victoria Yards in May 2018, this vibrant online product catalogue and buying platform connects local designers with a global audience.

The Nando’s Portal to Africa came to life when Nando’s realised there was a need to support and facilitate the rising global interest in South African design within the group, and to ensure that the South African designs that were put forward to the group complied with global manufacturing standards. The portal makes it easier for global customers to reach out to local designers.

The platform achieved a R16m turnover in its first year and has gone on to net more than R40m in sales. With more than 2 500 Nando’s restaurants across the globe hungry for local design, there is much to crow about. As of January 2020, Nando’s Portal to Africa had sold more than 7 000 pieces all over the world. “We are proud to boost the design sector by facilitating exposure to global opportunities,” says Spinks.

Some of the international restaurants now boasting gorgeous locally flavoured design include Nando’s flagship Chicago casa on Michigan Avenue in the US, Nando’s Red Sea Mall in Saudi Arabia, and Nando’s North Vancouver in Canada. These recognisably South African design spaces have brought additional piquancy to Nando’s stores, and introduced the world to a bright, inventive design language.

Clout’s investment in design has paid off handsomely for the creatives involved. Many of the listed designers have expanded and grown their businesses as a direct result of portal purchases. Nando’s does not take commission on sales, neither does it lay any claims to the intellectual property behind the designs.

Promising designers are also identified and assisted by Nando’s, to help develop future design stars while uplifting the local design sector. The company has set up a business development support initiative that helps to incubate SMEs and assist with ongoing hands-on support for emerging creatives keen to start or grow their own businesses, which includes broadening their network and helping them to become ready to list on the Portal to Africa.

“We have an excellent opportunity,” Spinks explains, “to help catalyse the industry here not only through support and development but more importantly, through a very real commercial opportunity that is hungry for new designs from Southern Africa. We are genuinely invested in uplifting local design entrepreneurs and in so doing, creating knock-on beneficiation for the broader economy of this, our own country, and those just beyond our borders.”

The four selected winners of the Clout Designers’ Industry Days Fired up by Nando’s were awarded a year-long mentorship. Clout also made it possible for six local designers to exhibit their work at Milan Design Week from 9-14 April last year, as part of an installation entitled Sacrosanct. The exhibition was curated by Mjo, with mentorship from Lynch.

To bring some of Clout’s trajectory and all this astonishing creative energy into the living rooms of Nando’s fans, Clout recently released a gorgeously curated design compendium. Titled Clout / A heartfelt celebration of South African design, the 160-page A3 coffee-table book offers a rich visual take on contemporary design culture.

The book – a collector’s item – was launched to great fanfare at a Johannesburg event hosted by the UK Department for International Trade, to mark the royal visit of the Duke and Duchess of Sussex. The more than 300 attendees, including Graça Machel, government ministers and potential investors, received a copy of the book.

Lynch believes the book is a rich repository of contemporary South African design. “As part of the South African design community and in collaboration with Nando’s, my commitment has been to showcase South African design as a world-class, notable category,” she explains. “This started with the interior design and curation of Central Kitchen, the Nando’s head office in Joburg. Together with Michael Spinks and the greater Nando’s design team, we have nurtured a focus on creative strategies to develop young talent. We have built a rich story of collaboration and creative potential which continues to drive the work we do.”

As part of this same event, Clout was invited by the UK Department for International Trade to curate and exhibit some of its design triumphs. Standout display pieces were selected by Lynch and presented with aplomb to some of the most influential people in the world. But it is the everyday customer who truly gets to appreciate Clout with every Nando’s meal ordered…

Visit The Portal to Africa at bepartofmore.com