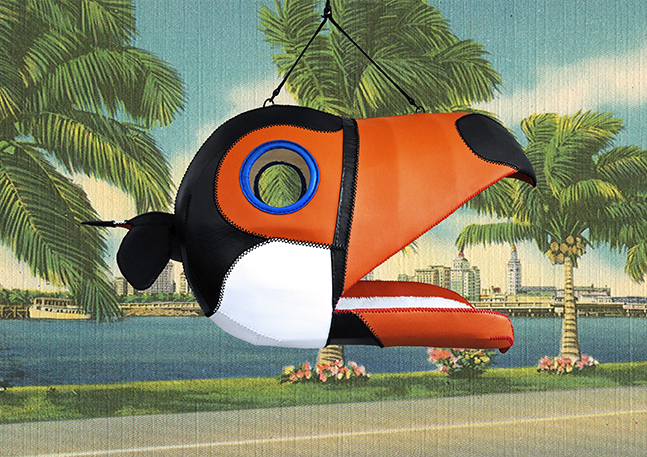 For Design Miami 2017, Southern Guild presents a collection that celebrates a dynamic African design vernacular. Layered with historical and cultural references, echoes of the natural world and political disillusion, the works have a clarity of focus distilled to graphic silhouettes, compelling texture and the interplay of colour and form. This body of work expresses a conviction that the voice of this continent and not the received wisdom of others is the most vital and relevant inspiration.

Paco Pakdoust has been in the business of creating beautiful handmade rugs since 1997. From Southern Guild’s inception the expert rug maker has been invited to collaborate with leading South African artists, translating contemporary artworks into limited edition, hand-knotted wool rugs.

Jan Bekker’s Sirkel Jewellery brings to life inspirations that vary from a simple love for pure aesthetic excellence, the intricacies of social behaviour, the intrinsic power of objects to mortality. Each of his wearable sculptures are handcrafted in gold and silver with precious stones using a combination of highly skilled techniques such as carving, hand-engraving and stone setting.

The pieces in the Modern Day Saints Collection speak of the subjective importance of objects, and how people and groups have the power to raise them to sanctified status depending on their personal definitions of worth.

Artist Justine Mahoney’s deeply personal and evocative collages and sculptures allude to the dreams, fantasies and terrors of childhood. Informed by the façade of 1980s South Africa and the lived realities, her work challenges the viewer to look beyond perceptions of innocence, privilege or loss to the possibility of growth and healing. Her entire solo show, Tainted, at Southern Guild sold to a single collector and several pieces in this series have sold out of all nine editions.

Typical of Justine’s style, these cast bronze sculptures explore the states of disillusion and naiveté. Through a layering of her childhood recollections, fantasy and pop culture motifs each character takes you into both a familiar and unsettling place.

Renowned ceramicist Andile Dyalvane, creates work that pivots around his central values of cultural preservation and gratitude. His pieces reference his upbringing in rural Eastern Cape and his strong connection to the earth.

An evolution of the artist’s angular vessels, these new works present a study and exploration of scope, scale and texture. Gently rounded terracotta forms, marked with precise incisions, hand imprints and motifs, follow a strong architectural impulse inspired by the parallels Andile noticed in structures as distant from each other as upstate New York and Mali.

Trevor Potter’s work occupies the space between art and design. His animated sculpture-like designs transform spaces into a fictional landscape with his unique combination of classical motifs and observations of animal behavior.

For the group show ‘Transformation’ at Southern Guild, Trevor began his experimentation with the art of furniture making through a series titled ‘Restless Furniture’. The Prowler table is the forth piece created in this series. It is composed of three different ball-and-claw tables, deconstructed and pieced together to convey an animal in motion – an extension of the spirit of the series which aims to challenge traditionalist ideas of functionality resulting in restless, untamed yet classic pieces of furniture.

Part maverick, part traditionalist, Charles Haupt – an industrial design trained artist – has grown the design studio at Bronze Age Art Foundry with his use of bronze as a contemporary design material and is now investigating designing using algorithms. His work is shown by top New York gallery Todd Merrill and was featured in the 2017 Christie’s design auction.

Charles’ Tropism series recalls a long-held fascination with the response of an organism to environmental stimulus. With the use of algorithms, the series is designed as a reflection on nature – the geometry, patterns and structures that harmonize the chaos.

Uncompromising attention to quality, detail and originality is what sets Johannesburg-based designer David Krynauw’s work apart. A desire for a fresh approach to the art of woodwork leads him to experiment with different shapes and forms to create unconventional and inspiring furniture pieces.

His articulated, interactive Roundwire chandelier is an invitation to the viewer to engage in and adapt the experience of the piece. Jeppestown Play Bench is inspired by the rhythm of Johannesburg and seems to be migrating with the energy of the moment.

Husband and wife, Adriaan Hugo and Katy Taplin of multi-disciplinary design studio Dokter and Misses, boldly claim and channel the contemporary African experience and its abundance of narratives into a visual style that’s distinctly theirs. The studio’s aesthetic is inspired by the idiosyncrasies and chaos of their urban surroundings, resulting in modern and highly coveted designs.

LALA Limo Lips is the first of the LALA series to show any form of realism in a series normally known for its geometry. Dokter and Misses have traversed to the darker side of sexy with this new addition. The piece, with eyes and lips meticulously hand-painted onto slick gloss black, is an ode to images of smoky femininity.

Jesse Ede is the co-owner of JesseJames Design, a Cape Town-based design initiative that has collaborated with international brands such as Red Bull, Reebok and Virgin. In his work, Jesse favours exposing and highlighting the organic nature of his mediums – manipulating them to expose the contrast between the material itself and the man-made processes that form them into sculptures.

The Lunar Console is the next instalment in the designer’s Lunar series – a body of work designed to transport the viewer into a cosmic realm. In this piece, Jesse grows his lunarscape and explores the concept of weightlessness by suspending Malmesbury slate stones into open-cast aluminium that resembles the surface of the moon.

John Vogel is an architect-turned-designer whose work connects people to the natural world and the world of the natural self. The designer developed his affinity with timber when he started making furniture as an architecture student and has since founded a successful design studio based in Woodstock, Cape Town.

Over the years, John’s work has progressed from a mechanical and reductionist design point of view toward a more intuitive and expressive one. The transcendent Beauty is in the Beast II focuses on form as an instinctive language through a measured balance of the fluidity between nature and space.

Otto du Plessis’s skeletal, sometimes macabre, often playful works are testament to his skill with the medium he champions. Otto founded Bronze Age Art Foundry, which has since established itself as the go-to bronze foundry for both local and internationally esteemed artists.

Otto’s candelabras take their inspiration from the geometric designs and patterns found in ancient African masks and shields. Like African masks, the candelabras have been rendered in abstract form, taking on different silhouettes and characters depending on how they are placed and viewed.

Porky Hefer’s human-scale creations are both fantasy world and furniture – beautifully crafted, functional but alive somehow and evocative of childhood and wildness. Making use of traditional techniques and crafts that focus on the hand rather than machinery, Porky’s work ensures that age-old skills are preserved and kept relevant in the modern age.

Toco Toucan was born from a nostalgic trip through the artist’s childhood memories of eating fruit-loops for breakfast. Inspired by the bird’s comical proportions and vibrant plumage, Porky once again invites audiences to awaken their instincts and return even just momentarily to a child-like state.

Founders Abrie von Wielligh and Norman Meyer founded their company in 2004. Their large-scale pieces are intricately crafted and speak of their affection and respect for the uniqueness and creative potential of wood. Environmental sustainability is a core concern – _they have a tree nursery on their premises and educate staff on green-living practices.

The hand carvings in the 2 Oceans table and sideboard replicate the ripples and movement of the ocean – a nod to the designers’ love of nature and its preservation.

The ceramic work of Madoda Fani carries a dramatically unique sensibility, with his smoke-fired vessels following a contemporary approach to the age-old medium. The artist worked under the direction of highly acclaimed ceramicists such as Chris Silverston, Kim Sacks and Anthony Shapiro.

Drawing inspiration from his reverence for cultural rituals and the natural world, Madoda’s effeminate, coiled forms echo those found in nature, while the detailed hand-carved and burnished surfaces reference insect forms and cattle.

An apprenticeship as a tree climber led Adam Birch to founding his own tree surgery company and a constant supply of rare raw material. As he worked with the difficult, often dangerous, sections of trees that needed to be removed, he saw sculptural forms emerge which moved him to create and one-off sculptures and pieces of furniture.

Adam’s functional sculptures are hand hewn following the natural form and grain of the salvaged timber from which they are carved. The result is a raw yet sophisticated tribute to nature.