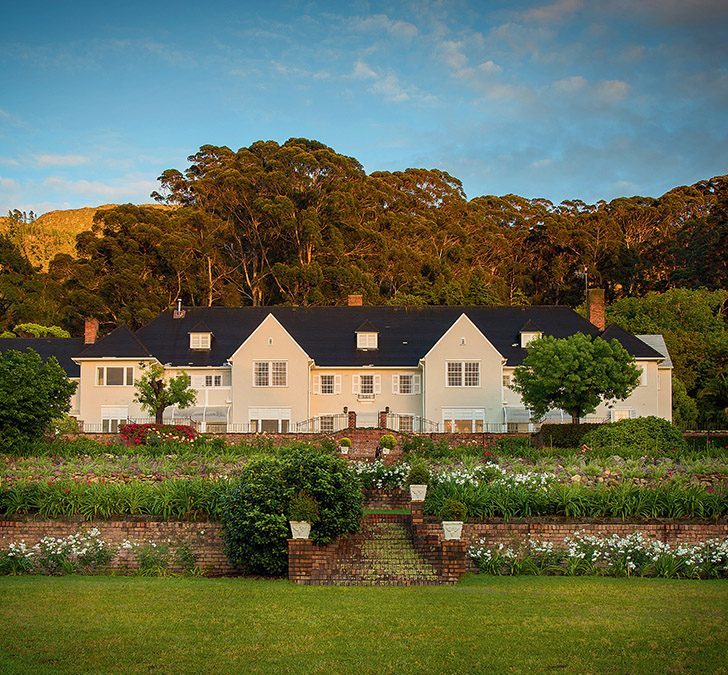 Leading auction house Strauss & Co is privileged to be offering for sale the entire contents of Harcroft House – an imposing 64-roomed Arts and Crafts mansion in the heart of Constantia in Cape Town. The 558-lot auction will take place in situ on Monday 18 November and will be preceded by three days of public viewing, from Friday 15 to Sunday 17 November. Harcroft House has remained untouched for 70 years and represents the end of an era. Don’t miss the opportunity to experience life as it was in a different world, a world that is no more.

The story of Harcroft House makes a riveting read.  British-born Charles Rycroft and his wife, Muriel, ran Harcroft Rubber Estates Ltd in Perak, Malaysia, until the Japanese invasion in 1941. Being forced to flee, they made their way to Singapore. Muriel left on the last ship in February 1942 from there travelling via Bombay to Cape Town, whilst Charles was captured when Singapore fell in April of that year. It was only in 1943 that Muriel received news that Charles was alive in Changi internment Camp for civilians. After many trials and tribulations, they were reunited after the war and returned to Perak in 1946 to rebuild the plantation and factory. In the 1950s they retired to Cape Town and purchased a property in Constantia, which originally had formed part of Klaasenbosch Farm.

The property was renamed Harcroft and bears many similarities to their much-loved home in Malaysia. Previously owned by the Baxter family, who were hugely influential in developing and cultivating the arts in the Cape, this home became the perfect setting for the antiques, works of art and pieces acquired by the Rycrofts in Malaysia, Britain and their extensive travels to China, Japan and America. Seven years after Muriel’s death in 1974. Charles married Louise Jackson, animal lover and philanthropist, and together they gave invaluable assistance to The Durrell Wildlife Conservation Trust through the Harcroft Foundation. Charles passed away in 1998 and Louise left the house untouched to preserve his legacy, living there until her death in 2014, aged 106.

The similarities between Harcroft, Malaysia and Harcroft, Cape Town, are numerous, with some of the pieces from Perak finding a new home here. Harcroft House is one of the last remaining grand residences in Constantia.

The emphasis of the collection lies in the oriental ivories, scroll paintings and furniture.  There is an interesting selection of Chinese and Japanese ivory carvings including a late 19th century tall Japanese ivory okimono of a reveller and a child, (R20 000 – 30 000) and a pair of 19th century Chinese ivory carvings of archers (R15 000 – 20 000). These figures are visible in photographs of Harcroft, Perak prior to the Second World War.

The dining room is currently decorated with one of the many dinner services, silver, crystal glasses 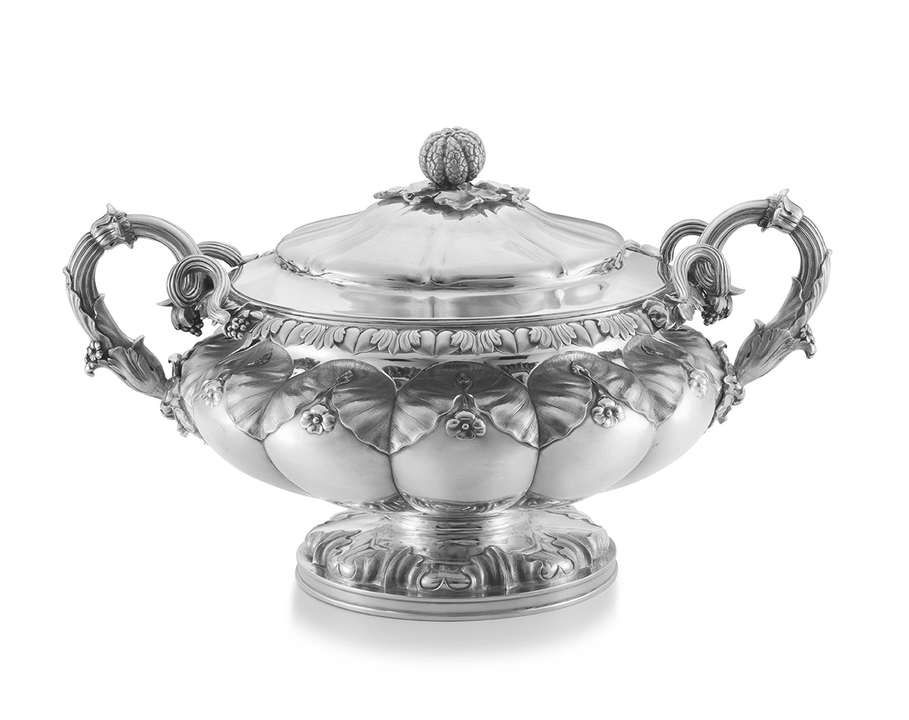 and handmade lace table mats. The silver and plated collection spans four centuries and includes a large George IV silver two-handled tureen and cover by Rebecca Eames & Edward Barnard I, London, 1826 (R30 000 -35 000) and a grand Victorian silver-plated mirror plateau (R4 000 – 6000). On offer are a pair of George VI silver three-light candlesticks presented to the Rycrofts by their staff in Malaysia in 1948, and a highly collectable pair of early 20th century Chinese Export silver and enamelled two-handled vases (R8 000 – 10 000). 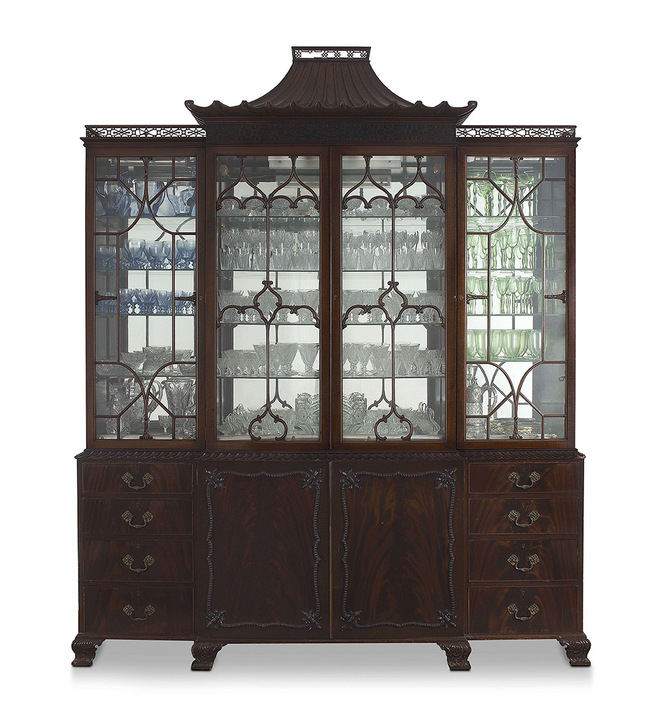 Muriel was an ardent royalist, as is evident by the two paintings by Walter Gilbert Wiles executed at the time of the Royal Tour in 1947, one of The Royal Couple, (R20 000 – 30 000), and the other of Princess Margaret and Princess Elizabeth in Helderberg, (R15 000 – 20 000). Muriel was a competent amateur artist herself and there is a large-scale copy of Annigoni’s photograph of Queen Elizabeth II in her insignia and robes of the Garter, painted by her, hanging majestically in the dining room.

Harcroft House has remained untouched for 70 years and represents the end of an era. Don’t miss the opportunity to experience life as it was in a different world, a world that is no more.