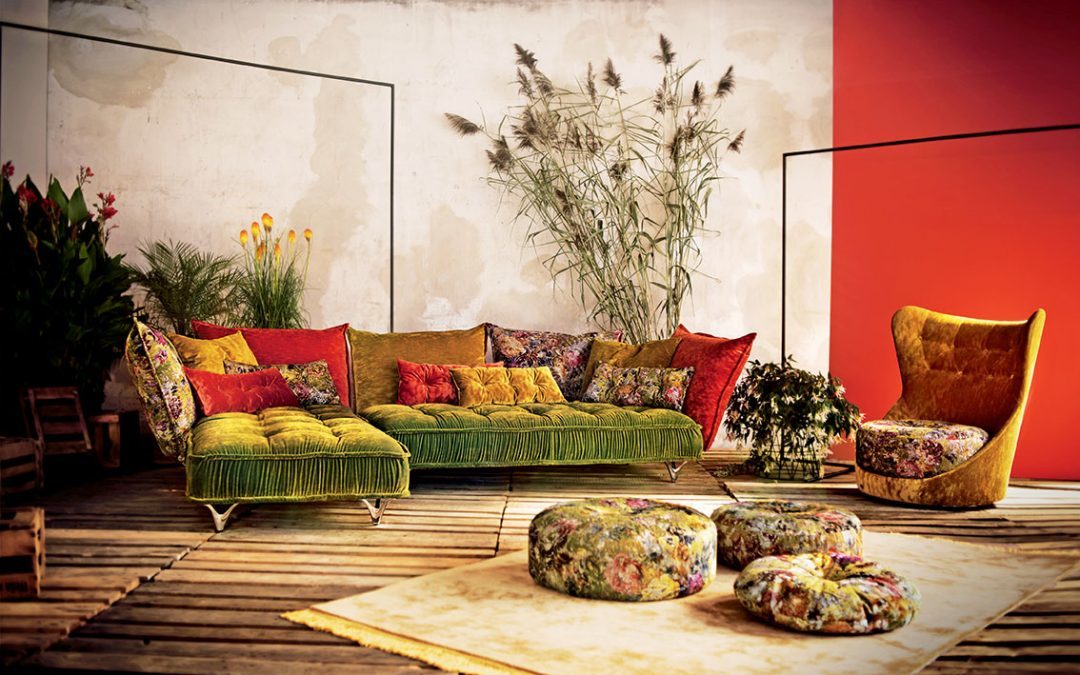 Design-wise for interiors, 2017 is likely to be the year of the personal touch, where the latest trends encourage the creation of spaces that reflect the user’s individuality. And yet it’s still about making the home a sanctuary. This translates to comfort, and seating is surely a vital element in the crafting of modern relaxation areas.

In this, Habitat’s annual FOCUS feature on contemporary furniture, we showcase the ever-widening spectrum of choice in South Africa’s major centres. As is our established direction, designers and manufacturers provide enlightened opinions on local and international trends.

In the 1930s the world was shocked by the simple, industrial style that emanated from the Bauhaus design school. Following on the heels of the Arts and Crafts Movement where simplicity and craftsmanship were key, designers in this modern German design school believed that form should follow function. Furniture designs of tubular steel and glass were created, to be mass produced and easily afforded, most notably without the fuss of superfluous decoration.

Due to 1930s political oppression in Germany and Austria (home of the famous Weiner Werkstätte), the liberal thinking Bauhaus was shut down and its prolific designers became scattered across Europe; some fleeing to the U.S. in order to continue successfully producing work in their pioneering style. This prompted the birth of new design schools like Black Mountain College in North Carolina and Cranbrook Academy of Art in Michigan.

The early ‘30s began to see collaborations between designers who would become world famous for their iconic furniture designs, architectural endeavours and subsequently the creation of a groundbreaking design movement called International Style. The new look was marked by buildings with large expanses of glass, tubular steel frames for furnishings, slick materials like leather, steel and plastic, as well as generally sparse decorations. Though the modern movement was born in the 1930s, it wasn’t until the ‘40s that it became gradually more widely accepted by European and American end users.

An easy way to grasp the style of this revolutionary design era is to take a look at the furnishings that it produced, many of which are iconic pieces that can still be seen in design journals today. In general, the minimalist furniture designs of the International Style movement most often utilised hard materials, but softened versions of Mies van der Rohe and Marcel Breuer’s chairs evolved.

Featuring the introduction of woven rattan and wood in addition to hide, these found favour with interior designers in the ‘70s. In 2017 homes filled with these early, often clinical industrial-style pieces are rare, yet this furniture and seating is still recognised as being a part of current global interior design.

Such eclectic interiors illustrate a more widely accessible interpretation of International Style: clean lines, sturdy materials and a functional arrangement with a warmer signature and not much fuss. Today, International Style – particularly for seating – encompasses a collection of modern designs that can work well alongside vintage and contemporary pieces. Further, it flows really well into the emerging style of Mid-Century Modern.

How do those in the field in SA rate current International Style?

‘Where once we looked back to Art Deco for inspiration, now we turn to Mid-Century Modern for clean lines, well-made pieces and an iconic look in furniture and seating,’ says Ramón Casadó of bulthaup Living Kitchens who also import furniture from Europe.

‘Charles Eames chairs, Herman Miller furniture, Knoll Barcelona chairs, and the Danish modern movement (including the chairs of Hans Wegner and Frits Henningsen from Carl Hansen & Son) are entwined with a look that evokes a classic, timeless, yet very modern feel. The Mid-Century period covers broadly the early ‘30s to mid ‘60s, although in popular culture it centres around the ‘50s and early ‘60s. Such pieces sit very well in the modern home and also integrate with the current concept of contemporary living including art, furnishing and open plan spaces. Here, Mid-Century design is a perfect complement to a new contemporary European style as exemplified by Italian furniture designer Rimadesio.

‘A new vision of contemporary living has emerged over the last few years, full of references from Mid-Century Modern, but also blending modern spaces and objects with the well-designed, timeless objects of the past, that are still relevant today. Rimadesio has been producing doors, sliding panels, shelving units, walk-in wardrobes and a collection of complementary furniture for 60 years. Their collection is increasing in size and is continually evolving in style. Within their linear and concrete designs lies the simplicity of a concept expressed through an exceptional level of technical competence. It is this, more than anything, which provides a clear reference point to Mid-Century Modern and allows a perfect blending of these two periods. Glass, a pure and ecological material, plays the most important part in the collection.’

In South Africa, bulthaup Living Kitchens is partnering with Rimadesio to enable homeowners and developers to increase the level of finish for luxury homes and high-end developments. Renowned for sliding doors, which offer technical precision for dividing rooms, the Rimadesio collection enables aesthetic solutions that ensure maximum reliability over time. bulthaup is also the exclusive dealer for Carl Hansen & Son, which includes the classic chair designs of Hans J. Wegner and others.