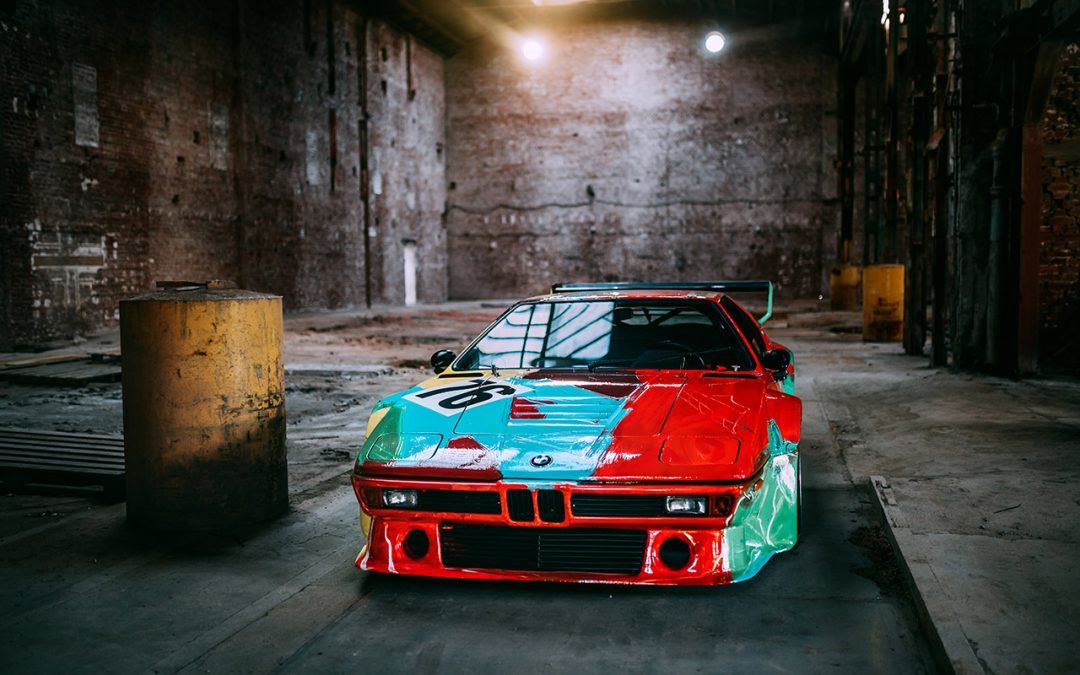 “I love this car. It’s more successful than the artwork,” was the opinion of Andy Warhol after his sweeping brush strokes had transformed the BMW M1. It took him less than half an hour to create the fourth exhibit in the BMW Art Car Collection. 40 years later, enthusiasm for the mid-engined sports car remains unabated. Already world-famous at that time, the US icon of Pop Art shared the same passion with many automobile fans of that bygone era. And the fascination of the unique special created by Warhol has indeed increased. Many fans regard his Art Car as the highlight of the entire collection. It’s therefore hardly surprising that Munich-based automobile photographer Stephan Bauer spontaneously opted for the BMW M1 finished in the Warhol design when he was selecting his dream subject on four wheels. Last year, Bauer (29) emerged as the victor in the Social Media Contest “Shootout 2018” organised by BMW Group Classic and he was given the opportunity for an exclusive photoshoot with BMW Art Car Number Four. A series of photos was created to mark the 40th birthday of the BMW M1 designed by Andy Warhol. They provide a completely new perspective on one of the most legendary vehicles from the history of BMW.

Five photographic artists entered their best shots from the world of BMW classic cars in the “Shootout 2018” competition held on the Instagram social media platform. BMW Group Classic joined forces with BMW Culture, BMW Motorsport, BMW M GmbH and BMW subsidiary companies in several international markets for the joint project. It focused the attention of young target groups on the numerous motor-sport successes and record chases with vehicles and engines from BMW over the past 100 years. The prize for the winner was an enthralling photoshoot with a vehicle of their choice from the comprehensive collection of BMW Group Classic. The choice of the winner fell on the BMW M1 in the powerful 470 hp racing version produced in conformity with Group 4 regulations. 40 years ago, this automobile both celebrated its sporting debut in the Procar Series and entered the annals of Pop Art history.

Against the backdrop of an old factory building in Cologne, Stephan Butler choreographed a spectacular contrast between the brightly coloured Art Car and the dour grey of the abandoned industrial structure. At a subsequent outdoor session, laser searchlights shrouded the BMW M1 in a positively mystical atmosphere. In both settings, the Art Car kept emerging from a completely new perspective – and always to perfection. The results of the photoshoot are posted on the Facebook page of BMW Group Classic and on the Instagram Account of BMW Group Classic.

Andy Warhol’s Art Car proved to be a dream subject for the recent photoshoot in Cologne. The artist himself made things much more difficult for the photographers. 40 years ago, the cameras had hardly been set up when Warhol had already finished painting the bodywork in all the colours of the rainbow. As the artist explained later, his speed was a reflection of the statement made by his work of art: “I attempted to show speed as a visual image. When an automobile is really travelling fast, all the lines and colours are transformed into a blur.”

Very soon after the last brush stroke had been applied, the BMW M1 styled by Warhol demonstrated just how fast an artwork can be. In June 1979, the BMW M1 emblazoned with start number 76 competed in the 24 Hour Race of Le Mans. German driver Manfred Winkelhock, and Frenchmen Hervé Poulain and Marcel Mignot drove the Art Car to second place in its class and achieved a ranking of six in the overall standings.