The winners of the 2019 Eat Out Mercedes-Benz Restaurant Awards 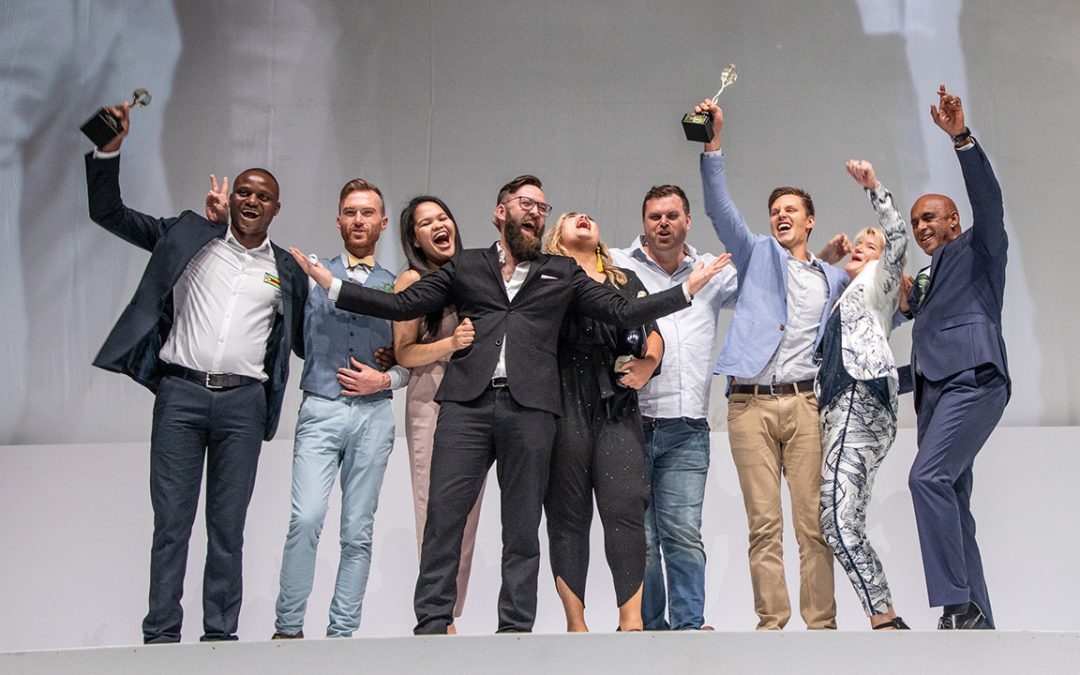 The top restaurants in South Africa were announced at the 2019 Eat Out Mercedes-Benz Restaurant Awards on Sunday 17 November at GrandWest in Cape Town. The best of the best in the industry were celebrated in a spectacular display of gourmet food, creative drinks and top-notch entertainment which had over 700 guests, including some of SA’s favourite celebrities, on their feet.

The countdown from 20 to 11 revealed the names to watch out for, prior to the announcement of the much-anticipated Top 10 restaurants.

No.02 The Test Kitchen team

No.03 Gregory Czarnecki and The Restuarant at Waterkloof team

La Colombe, located in Constantia and well known for their culinary delights, moved up two places from number three in the Top 10 last year. Said an elated Scot Kirton “I could not be more proud of what James Gaag and the team are doing at the moment. It has been an inspirational journey. It’s been a dream since we moved to Silvermist five years ago and we have finally achieved it. The hard work starts now.” Executive Chef James, 31, is still trying to take in the moment. “My team keep me on my toes and inspired every day. The pursuit of excellence is what drives us every day. La Colombe is my home,” says Gaag.

The 2019 Eat Out S.Pellegrino & Acqua Panna Chef of the Year is Bertus Basson of Overture and Eike. Bertus not only keeps colourful, true South African cuisine alive; he continuously sets the bar higher for himself and his team. Bertus tells great South African stories through his food – on all levels.

The winning restaurants were determined by the scores of a panel of anonymous judges, headed up by Chief Judge Margot Janse, who dined around the country unannounced and scored the restaurants against the rigorous judging criteria in line with international standards. Although the winners have been announced, the panel will remain anonymous. Not only does this allow the judges to remain on the panel for the coming year(s) for consistency purposes, but the anonymous judging also ensures that the judges do not get special treatment – they need to receive the same experience as any other diner.

Said Margot: “South Africa’s culinary evolution is incredibly exciting and seeing so many new restaurants entering the top 30 is testament to this – we’re surrounded by industry excellence. I know how much relentless hard work and determination goes into perfecting each and every unique experience, which is why I feel so honoured to be Eat Out’s Chief Judge.”

The chefs of the 30 nominated restaurants were given the opportunity to vote for a champion chef amongst their peers and it was Ivor Jones of Chefs Warehouse at Beau Constantia that was awarded the Eat Out Graham Beck Chefs’ Chef Award. The Eat Out Nederburg Rising Star Award was handed to Katlego Mlambo of The Marabi Club.

Annette Kesler was honoured with the Eat Out Lannice Snyman Lifetime Achievement Award. A doyenne of South African food writers, Kesler has had multiple roles as food editor, cook book author and creator of Showcook, along with mentoring many young chefs over the past several decades.

Camphors at Vergelegen received the Eat Out Woolworths Sustainability Award in recognition of its commitment to implementing environmentally and socially responsible practices. The winner was selected by a separate panel of judges, consisting of Sonia Mountford of Eategrity, Karen Welter of the Longtable Project and Pavitray Pillay of WWF-SASSI.

In an exciting turn of events, three new awards were introduced in 2019. The Eat Out Nespresso Innovation Award was awarded to The Test Kitchen in celebration of their ingenuity and originality of their pub pop-up. Ishay Govender-Ypma and Zayaan Khan of the SA POC at the Table initiative received the Eat Out Bridget McCarney Gamechanger Award in recognition of their efforts in creating positive change in how the industry operates. 2019 also saw Dorah Sitole as the first winner of the new Eat Out Irna van Zyl Food Media Icon Award. She has been awarded in recognition of her significant contribution to food content creation and coverage in South Africa.

No.13 LivingRoom at Summerhill Estate_Johannes Richter

No.14 Chefs Warehouse at Maison_David Schneider

Selvin Govender, Marketing Director of Mercedes-Benz Cars, said, “I look forward to this spectacular event every year and this year is no different. I would like to congratulate all the 2019 nominees and winners on their achievements. We salute these culinary heroes and encourage the public to get out there and experience these excellent restaurants.”

All the winners celebrated at the 2019 Eat Out Mercedes-Benz Restaurant Awards are:

Eat Out S.Pellegrino & Acqua Panna Chef of the Year: Bertus Basson
Eat Out Restaurant of the Year: La Colombe

“For over two decades, the Eat Out Mercedes-Benz Restaurant Awards have been proudly celebrating creativity, talent and innovation in the South African restaurant world. Year after year we’ve watched as spectacular chefs and restaurants deliver exceptional dishes and experiences while mentoring their teams and paving the way for the top chefs of the future. An incredible amount of hard work goes on behind the scenes and the Awards honour and celebrate their excellence,” said Aileen Lamb, MD of New Media, the owners of Eat Out.