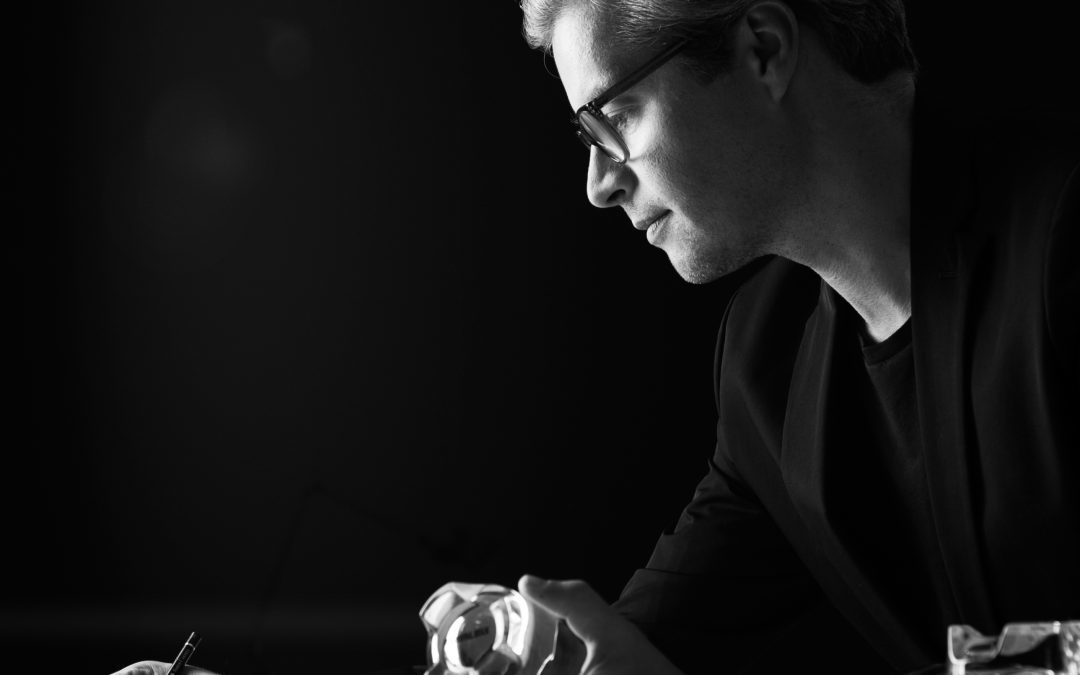 Having designed numerous products for Austrian industry and for such traditional crafters as J&L Lobmeyr, Neue Wiener Werkstätten, Wiener Silver Manufactur, Augarten Porzellanmanufaktur, TON and Carl Mertens: Thomas Feichtner is an internationally established product designer. He was born in Vitória, Brazil, but grew up in Austria and studied industrial design at the University of Art and Industrial Design in Linz. His work is positioned midway between industry and handicrafts / mass production and one-of-a-kinds. Acknowledgement has been in the form of international design awards and his creations have been acquired by various design collections.

For Absolut Vodka, Feichtner has designed a cocktail service. It’s intended specifically for the new cocktail Absolutini, made from the Swedish distillery’s best vodka – Absolut Elyx – and vermouth. The design process and ambitious craftsmanship of Feichtner’s new serving option underlines the Absolutini’s pure, dry character. Traditionally, a Martini cocktail has been made with ice cubes in a shaker, with the uncrushed cubes being left behind when the drink is poured. Although this prevents the cocktail from being watered down by melting ice, it also means that it doesn’t stay cold for long. Therefore, Feichtner designed a drinking glass with a special twist: its separate, concrete base functions as a cooling element when stored in the freezer until directly before the drink is served.