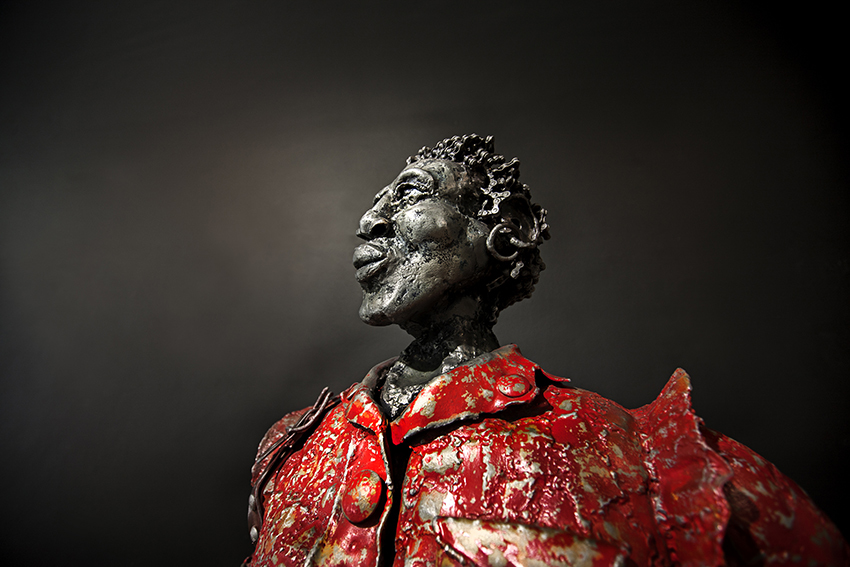 ‘Social Engineering’ is a solo exhibition by Willie Bester that will run at The Melrose Gallery from 3 November to 3 December 2017.

This is the first solo exhibition by Willie, one of South Africa’s foremost visual artists, to be curated in Johannesburg in more than 8 years. As one of the highlights of the 2017 South African art calendar, the exhibition features 40 artworks, paintings, sculptures and installations, which attest to Willie’s significant oeuvre and recognition locally and internationally.

Willie was born in Montagu, a small town in the Cape, in 1956. Although mainly a self-taught artist, Willie attended art classes at the Community Arts Projects (CAP) where his artistic direction was formed and his political orientation was nurtured as he worked and mingled with other politicised artists.

He is cited internationally as one of South Africa’s foremost resistance artists. He is quoted as saying ‘‘I believe that we must protest against that which is wrong. There is no form of escape; remaining apolitical is a luxury that South Africans simply cannot afford.’’

His powerful artworks are made from mixed media, including scrap metal and objects collected from scrap yards and flea markets, often combined with oil paints and photographs. These works are commentaries on political and social injustices that were experienced during the Apartheid era and issues that impact negatively on society today.

‘Social Engineering’ is a relevant exhibition at a time of our political and social flux in South Africaand internationally. Curated artworks demonstrate Willie’s creative ability to lead a dialogue around current affairs, socio-political issues and human experiences in a society wrestling with its past, present and future. These artworks juxtapose rough, beaten scrap metal and found objects with the fragility of people and scenes from everyday lives painted in a realistic style, creating a tension that captivates the viewer.

One can relate to the people and everyday scenes in the paintings and sculptures but these are then combined with the fantastical and at times grotesque and hard-hitting rendering of weapons and negative symbols of power and oppression. The visual force of Willie’s artworks invites the viewer to contemplate and reflect on the complex issues facing democratic South Africa, to unpack some of the positives and negatives that are so prevalent today.

This exhibition extends Willie’s repertoire, an artist that has exhibited extensively in South Africa and abroad. His works are included in public, private and corporate collections such as the Iziko South African National Gallery, Johannesburg Art Gallery, Durban Art Gallery, Nelson Mandela Metropolitan Art Museum, the Smithsonian Institute in Washington DC, the Jean Pigozzi Collection and numerous others.

Willie has participated in exhibitions in Senegal, Dakar and numerous centres in Europe, including Africa Remix, which was mounted at the Hayward Gallery in London in 2005 before travelling to the Pompidou Centre in Paris and thereafter to Johannesburg. Bester has received numerous awards including South Africa’s Order of Ikhamangu (Silver). Most recently, Bester exhibited at the Changchun Sculpture Symposium in China where he was voted the most popular artist and honoured for his innovative use of materials.

The exhibition opens on 2 November at 6:30pm and Willie will be conducting a ‘talk about’ on 4 November at 10:30am to shed some light on the exhibition, artworks and his creative process.