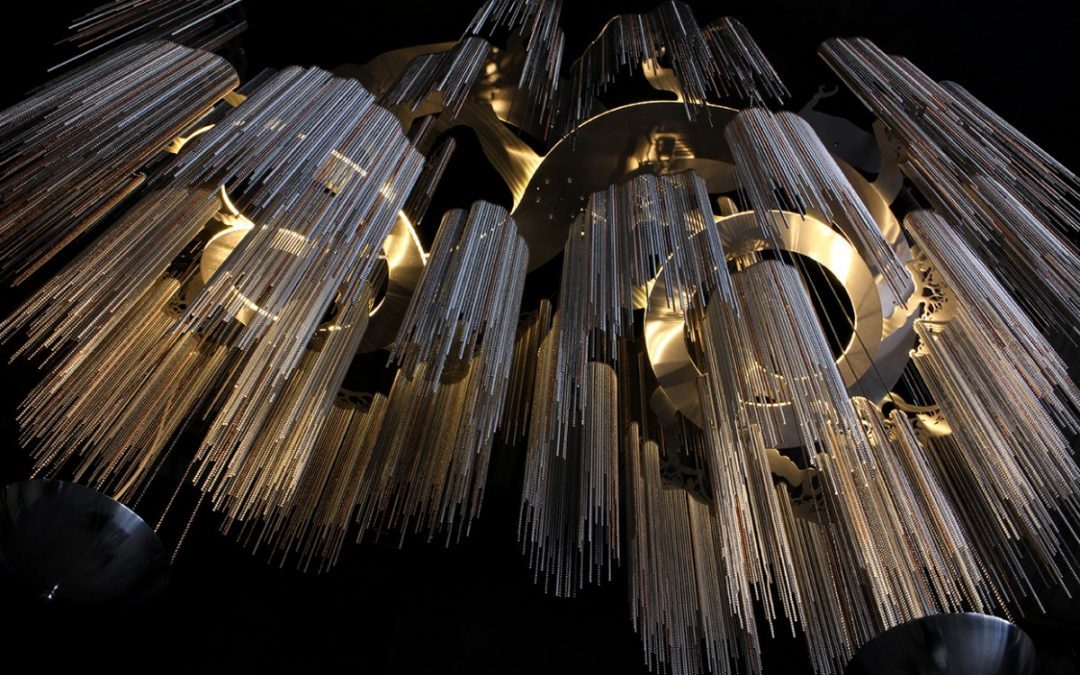 Since 2005, willowlamp has wowed consumers with its breathtaking, innovative sculptural lighting designs. From chandeliers to lamps, standard works to bespoke creations, the Cape Town-based company has added both light and lustre to numerous hotels and restaurants around the world, as well as several private residences and working spaces.

The man behind all these achievements is Adam Hoets, creative director and founder of willowlamp.

Hoets studied Architecture at the University of Cape Town and started his own architecture company immediately afterwards, designing eco-lodges for Wilderness Safaris. He owes his creative impulses to an innate predilection for art in various forms, and to the environment in which he grew up. Not only was he surrounded by a host of artists, craftsmen and intellectuals, but his home included a pottery studio, workshop and forest garden where he was able to exercise his own creativity.

Hoets made the gradual transition from architecture to lighting design in 2005. This was due, in part, to his goal in developing a marketable design-related product, whose creation was not hindered by the nature of the client-designer relationship. He feels this relationship can often restrict the designer’s ability to explore his or her own ideas.

The variety of projects that Hoets has overseen since the inception of willowlamp is definitely evidence of a confluence between architectural and artistic flair. He derives inspiration for his designs chiefly from nature and sacred geometry. “This is nature in its purest, highest state and is something I am very interested in and continuously explore in my work,” he says. The name ‘willowlamp’ itself is particularly evocative of nature and was chosen because of how it poetically suited the ‘dangling filament’ nature of the company’s lights.

Willowlamp’s latest large custom-designed chandelier, the extraordinary Enchanted Forest, is a focal piece of grand proportions. This 18-square meter masterpiece was commissioned by Rene Dekker Interiors and conceptualised for a private residence in London.

An open brief from the client allowed the willowlamp team free rein to interpret and develop the concept. “The client supplied us with several conceptual mood boards and an organic conceptual drawing of two massive ceiling-mounted installations placed in a large, open-plan dining and lounge room,” says willowlamp founder and creative director, Adam Hoets. “The larger of the two installations was to be positioned above the lounge zone and the smaller above the dining room table,” he explains.

The project really started taking form when the client saw willowlamp’s Faraway Tree pendant and fell in love. The fantastical Faraway Tree has its roots in the graphic representations of trees in architectural drawings. This then served as the inspiration for the new bespoke design and it evolved into an ‘enchanted forest’ of architectural proportions with a series of spiralling and interwoven tree branches suspended at multiple levels.

Due to the sheer size of the design, the production process was divided into separate modular elements that need to be pieced together on-site. The main “tree” covers an area of 6m x 3m and the middle tree branch alone weighs about 500kg.

It comes as little surprise then that the fixing solution was a challenge. “When creating the fixing solution we had to ensure that the upper tree branch is able to mount to precise fixing points under a suspended ceiling. We worked in collaboration with the architects and engineers to develop the solution to this,” Hoets explains.

As with all willowlamp designs, the Enchanted Forest is made from strands of suspended ball chain and laser-cut stainless steel. Other distinctive features and customizations include special concealed LED lighting systems that are independently programmed to adjust and control the lighting. “The client didn’t want to see any light source other than the LED edge lights wrapping around the branch. They didn’t want to see any individual bright bulbs”, says Hoets of the challenges involved. To achieve this, he had to find a special G4 LED lamp that was flush-mounted with the top of the tree branch that would illuminate the upper canopies while remaining invisible to the eye.

Willowlamp has completed a number of ambitious customization projects, including the recent award-winning installation for The Waiting Room of the new Crown Towers Perth hotel in Australia. The design, consisting of a series of four chandeliers based on willowlamp’s popular Mandala No. 1 design, was the largest ever custom design that willowlamp has created to date and earned the willowlamp team second prize in the category for The Best Use of Decorative Lighting in a Hotel Project at this year’s darc awards (UK).

Willowlamp’s popularity, both in South Africa and abroad, is a testament to the quality of its products. The company’s light fixtures hang in a variety of prestigious establishments including Mena House Hotel in Cairo, the Melia and Landmark Hotels in London, Ritz-Carlton Hotels in Dubai and Chicago, Switzerland’s Seerose Resort & Spa, the Liwa Executive Suites and the Shangri-La Hotel in Abu Dhabi, the Clarion Post Hotel in Sweden, The George Hotel in Lagos, Angama Mara Lodge in Kenya and Morocco’s Four Seasons Hotel.

Hoets and his team show no signs of slowing down in their production of modern light fixtures that double as works of art. And with each creation being more magnificent than the last, one wonders what feats willowlamp will achieve in years to come. Hoets seems to foreshadow the monumental quality of his future works when he says: “The work I am doing now is becoming all out architectural in scale!”